The Top Software Giant, Microsoft founded by Bill Gates and Paul Allen nearly 41 years ago, we have posted some facts that you probably don’t know. Microsoft is well known for its software products like Windows, Office, Browsers etc.

Paul Allen and Bill Gates were childhood friends with a love for computer programming and shared their skills to do a successful business. Now the Microsoft has about 1,28,000 employees worldwide with a revenue of $93.27 Billion. Microsoft is among most valuable brand in the world after Apple. So, we have highlighted some mind-blowing facts about the company which you surely don’t know.

#1.Microsoft co-founder, Bill Gates became the youngest billionaire ever at the age of 31 in the year 1987. He became the richest person in the world since 1995, he lost his top spot few times but managed to regain it quickly.

#3 About 6 Years ago, Microsoft said that its employees drink 23 Million Free Beverages from the company annually which mainly includes orange juice and milk.

#4 It has been estimated that Microsoft’s rapid growth made two billionaires besides Bill Gates and about 12,000 Millionaires. Microsoft Former CEO, Steve Ballmer is worth $22.7 Billion, and he bought basketball team for a whopping amount of $2 Billion in 2014.

#6 Till the age of 30, Bill Gates intended to become a millionaire, but amazingly he became a billionaire at the age of 31 and the youngest billionaire.
#7 Microsoft made debut in smartphone market seven years before Apple unveiled its iPhones. As we know how popular are iPhone today but Microsoft introduced Windows Mobile on PDA’s and smart phone in the early 2000 and iPhones were launched nearly seven years ago after Microsoft Smartphones.
#8 American Richest persons like Bill Gates, Mark Zuckerberg, Late Steve Jobs, had no college degree; still, they managed to found Microsoft, Facebook, and Apple respectively.
#9 Bill Gates predicts that by the year 2035, there will be almost no underdeveloped country in the world. To recall, Microsoft co-founder, Bill Gates has donated about $28 Billion till now.
#10 In 1997, Microsoft stopped Apple from bankruptcy by investing about $150 Million in Apple. Later, Steve Jobs announced this on stage to the audience.
#11 MS-DOS Was not the first OS from Microsoft. If you thought that MS-DOS was the first operating system from Microsoft, then you are wrong! The first operating system Microsoft coded was XENIX. Well, Xenix was a version of UNIX OS but was differently named.

#12 Microsoft Was once named Micro-Soft. Well, at the initial days of Microsoft the company was titled as Micro-Soft. In the year 1976, the hyphen was deleted. Well, let me tell you Microsoft word is the combination of microcomputer and software.

#14 WinVer is the first virus that was coded for Microsoft windows. Well, the WinVer virus program was released way back in the year 1992.

#15 Well, creating the folder in Windows might be an easy task for all. However, you can’t create a folder named “CON”. Try renaming any existing folder, windows will show you an error message.

#18 Microsoft co-founders Bill Gates and Paul Allen actually designed Microsoft’s first ever logo in under a day. The funky “o” that you see in the image below was called the “blibbet”

The above facts are of Microsoft as well its co-founder Bill Gates. If you have something more to add, you can add it below in the comment section! 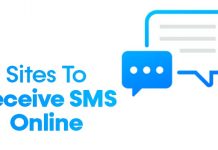 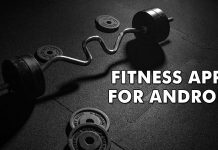