Tech Viral
Home Microsoft 6 Out Of 10 PCs In The World Run Outdated Versions Of...

Did you know that the versions of Windows without technical support or about to lose it are the absolute majority in our society?

It sounds really odd, right, as it should be. So, just think about how much risk we are taking.

At present, 91.59% of the computers that exist in the world run under the Windows operating system. An overwhelming domain hides an alarming truth: 64.79% of those computers work with an outdated version of Windows.

Not surprisingly, Windows 7 remains the most democratized operating system globally, with a deployment rate of 48.5%.

Recall that, since January 2015, there is no longer any security support for this edition. However, the tech giant Microsoft itself had to repress the enormous success of this OS and offer some companies an extension of this protection until 2020. 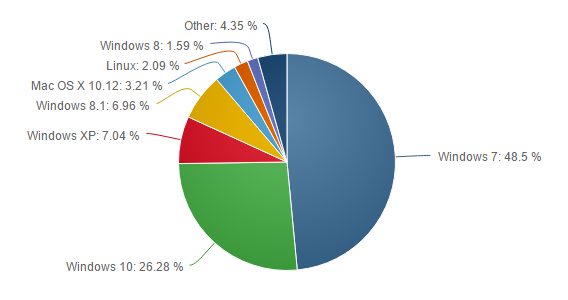 Going further back in time, we came to Windows Vista, discontinued in 2012 and whose extended support also culminated in April. The good part is that this version, considered by many as the worst system born in Redmond, barely has a penetration of 0.70%.

On the contrary, despite having a longer-than-usual trajectory, Windows XP continues to run on seven out of every 100 computers in the world, even in the face of its total lack of security in the face of new cyber threats. At the same time, it was born Windows 2000, which contributes another 0.01% to the total percentage of obsolete computers at all risk. 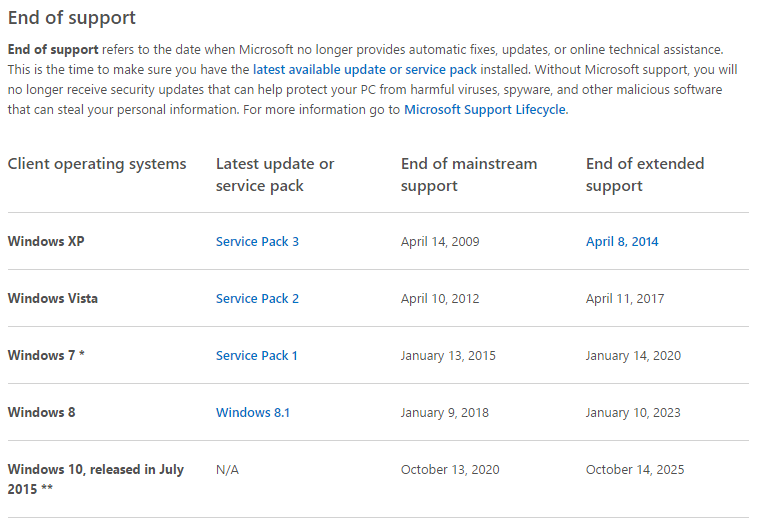 All of the above data have been extracted by this means as of today, from the header tool for measuring the market share of OS, Netmarketshare, which can also perform penetration analysis of Internet browsers or online search engines.

So, what do you think about this data? Share your views and thoughts in the comment section below.