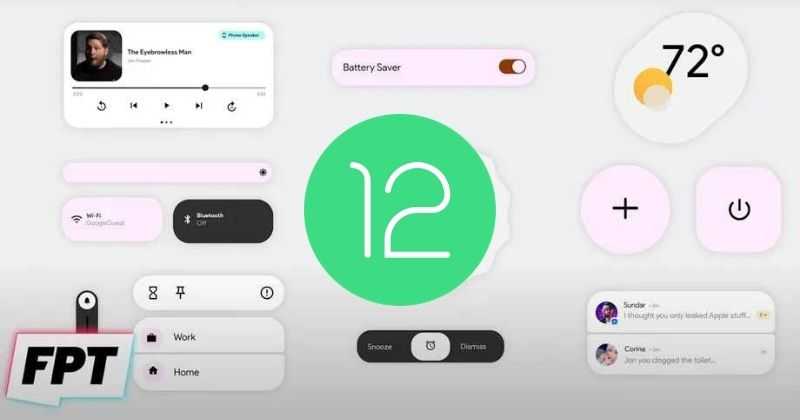 Already we have seen so much information about Android 12 before the release, and now a new promotional video has been leaked that is showing some new changes that will be coming to the upcoming OS. However, all the information that came was taken from the developer preview, but this time Front Page Tech (FPT) has published the video. 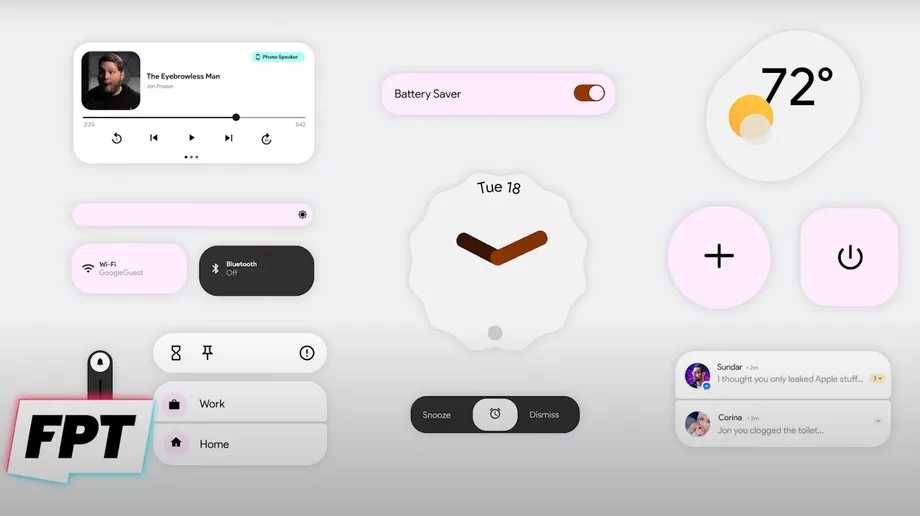 Android 12 will bring a lot of UI changes, new animations, and features. A new leaked video posted on Youtube comes before the Google I/O event, where Google will unveil the Android 12 update.

Here’s the video you can check out the new changes:

The video reveals a redesigned Lock-screen and quick settings UI. It also shows a new theme system, a wallpaper-based theming that can recolor third-party apps. And the last one is a new animation.

Still, this information is just leaked, so there is no guarantee that it is the final look of the interface. However, the most interesting thing in the video is a new user interface for Android 12 and other notifications bar, a new clock widget, weather widget, music widget, redesigned volume slider, Wi-Fi toggle, brightness toggle, analog clock widget, and more.

Previous leaks showed stacked widgets similar to the Smart Stacks in iOS 14. The leaks also showed a new theme and a conversation widget with some significant UI changes.

According to the reports, the new Android 12 OS will mainly focus on introducing the new user interface. Prosser shows the updated notifications, a new keyboard design, and a new lock screen with a larger clock in the video.

If all these leaked details of Android 12 are accurate, then this OS can be the biggest overhaul of this OS in the past few years.

Normally, Google releases a new OS version in August or September, so the stable version is still very far from release. However, we can see the changes in the OS next week at the Google I/O showcase event.