Well, if we look around, we will find that Android has now become one of the best and most popular mobile operating systems. Android right now powers the majority of the smartphones and tablets available in the marketplace. Well, the Android operating system got one benefit over others, that’s the huge amount of customization option.

The mobile operating system is open source and is entirely based on Linux. Due to this credibility, we can actually customize each and every part of the platform. Even Android allows users to gain administrative rights through the root. However, rooting stuff is for advanced users and we can customize lots of things without having a rooted smartphone.

When it comes to customization, nothing can beat Android launcher apps. If we take a brief look at Android’s Google Play Store, we will find hundreds of launcher apps on the platform. Each and every Android launcher comes up with some unique features of its own. However, in order to fully customize our smartphone, we need to pick the best one.

So, in this article, we are going to explore one of the best Android launcher app that everyone would love to have on their smartphone. The launcher which we will be discussing below is known as Apex Launcher Apk and it comes with lots of exciting features. So, if you are interested to know about Apex Launcher Apk, then read out the entire article.

What is Apex Launcher?

The launcher is downloaded over 10,000,000 times from the Google Play Store which proves that it’s also one of the popular launchers out there. With Apex Launcher Apk, you can get every feature that you search for in a premium launcher app.

The launcher app houses almost everything from customization to privacy features. With the help of Apex Launcher Apk, you can customize the home screen and lock screen of your device, and it also brings a set of privacy features that can protect your privacy.

Well, without any doubt, Apex Launcher Apk is one of the best Android launcher app that you can have on your Android smartphone. The app comes with lots of extraordinary features that we are going to discuss below.

Well, the first and the foremost reason behind the success of the Apex launcher is its free nature. Not just that the app is free, the app neither houses any in-app items. There’s a premium version available for the app, but that’s not needed because the free version looks enough

Apex Launcher Apk brings personalized themes and an icon pack center. With the help of these two things, you can customize your home screen and app drawer as per your wish. You can also set custom icons for the installed apps.

The app is very easy to use and it’s very efficient. With the launcher app, you will get a scrollable dock with up to 10 icons per page and up to 5 pages. Not only these, you will get lots of fancy transition effects like a cube, tablet, and much more.

Well, Apex Launcher Apk also allows users to optimize few things. For example, with Apex Launcher for Android, you can hide elements like Status Bar, Dock, and few other things.

As we have discussed above, Apex Launcher for Android also brings few features which can protect your privacy. The app allows users to hide apps from the drawer and you can also lock them to prevent accidental changes.

So, these are just a few features of Apex Launcher Apk which had been discussed above. Well, the app also has a premium version which brings a few other features. So, if you have made up your mind to download the launcher app on your Android, let’s get the download link.

Step 1. First of all, visit Apkmirror and Search for “Apex Launcher Apk”.

Step 2. Once downloaded, move to the Settings > Security. Under the Security Settings, you need to find and enable the option ‘Unknown Sources’. This will allow third-party installation. 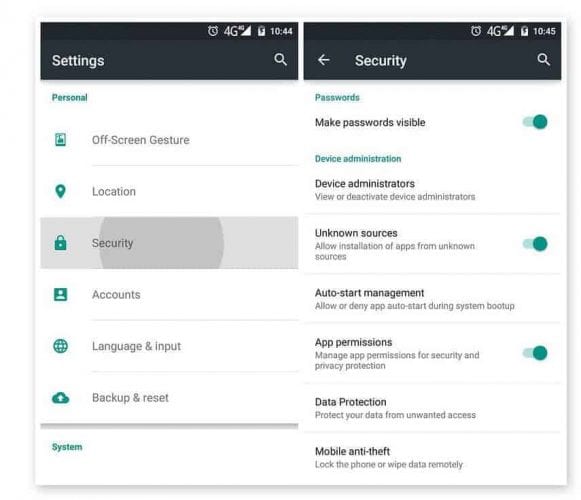 Step 3. Now, browse to the location where you have saved the Apex Launcher Apk file and install it normally.

Step 4. Now, wait for a few moments until the app installs on your Android smartphone. Once installed, open it from your App’s drawer and grant the permissions.

That’s it, you are done! Now you just need to use the app to explore the mind-blowing features. If you need further help regarding the installation steps, then make sure to discuss it with us in the comments.

Apex Launcher Apk is one of the best Android launchers available on the Google Play Store which brings lots of unique features to your smartphone. With Apex Launcher Apk, you can get every feature that you search for in a premium launcher app.

So, in this article, we have discussed everything about Apex Launcher and its features. We have also shared one of the best and easy methods to download the app on your Android. If you need further help, then make sure to discuss it with us in the comments.