Apple is one of the brands that over the years has bet on developing its own technologies and created an interesting package of patents linked to the world of smartphones. Technologies, many of them, that have changed the concept of mobile phones.

Now the Cupertino company, Apple has patented an on-screen fingerprint recognition technology based on acoustic images.

Among the companies that have the most patents registered, the tech giant Apple, not being the largest, but undoubtedly one of the largest and most promising, and the technologies used depend less and less on third parties.

Fingerprints under screen based on acoustic images

The United States Patent and Trademark Office granted the tech giant Apple on Tuesday a patent for fingerprint-associated acoustic imaging technology to replace existing Touch ID optical readers, bolstering rumors that the iPhone’s Home button will not have a long life.

As detailed in U.S. Patent No. 9,747,488 for an “Active Detection Element for Acoustic Imaging Systems,” this method collects biometric data, specifically a fingerprint, through ultrasonic transmission and detection. 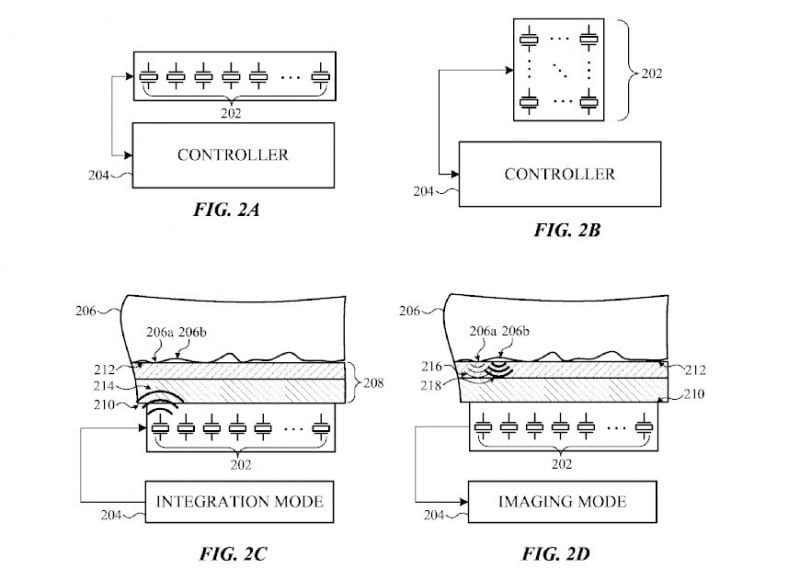 The fingerprint images collected, once processed, can be applied to user authentication in the same way as the Touch ID does. Unlike Apple’s current fingerprint-reading hardware, acoustic imaging technology does not require optical access to an evaluation target, which means that ultrasonic transducers can be placed under operational components such as a display.

In practice, the described acoustic imaging system incorporates a series of piezoelectric transducers arranged in a pattern near the lower surface of a given substrate. Configured to collect image data from an object that surrounds an upper surface of the substrate, such as a finger or a pen, these components send an acoustic impulse toward the surface of the upper substrate.

So, what do you think about this extraordinary feature from the tech giant Apple for iPhone 8? Simply share your views and thoughts in the comment section below.