Apple has issued fix immediately after it was found that the flaw in iOS 9.3.1 allowed anyone access contacts on photos in locked iPhone 6s and 6s Plus.

According to the Washington Post, Apple confirmed that the bug was fixed, and users are not supposed to update their software in order to get rid of this flaw.

iOS 9.3.1 was released few days back which came with link crashing glitch in iPhones and iPads. Within no time, it was found that bug in the latest version of iOS allowed anyone access photos and contacts in iPhone 6s and 6s plus.

Watch how the flaw worked :

This flaw worked with the help of Siri to get into the personal information of the device. This flaw was checked by opening Siri and asking it to search Twitter. It revealed data like contacts, email address or mobile number. 3D Touch feature bring up a menu which permitted the users to use that data.

When clicked on “Add to Existing Contact” option within that menu, it permitted users to head to the contacts and browse through information present there. Users also were able to change the photo of a particular person, it also allowed access to the photo library which allowed people to see any photo.

Temporary fix was issued which was :”This serious bug can be fixed by restricting access to certain apps. It can be done by going to Settings –> Twitter –> Siri’s Access, revoke the access to the app and the Siri can be restricted from accessing photos by heading to the Privacy Settings and then Photos”.

Earlier, unusual bug in iOS 9.3 was crashing iPhones when users opened links on Safari Browser or in Notes, Messages or other apps. 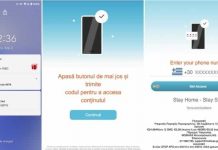 How to Get Back the Old Context Menu On Windows 11