Recently, an Instagram user posted an image of an Asus phone today that, according to the description itself, has not yet been announced. Hours before the popular filtering or leakster, of course, the well-known Evan Blass talked about the Asus Zenfone 5 Lite on Twitter, showing the first image.

An Instagram user posted an image of an Asus phone today that, according to the description itself, has not yet been announced. Hours before the popular filtering Evan Blass talked about the Asus Zenfone 5 Lite on Twitter, showing the first image.

The general design of the smartphone that we appreciate in the image filtered by Evan Blass and the image of Instagram coincides, so we can say that it is the same device, the smaller version of the Asus Zenfone 5.

The render filtered by Evan Blass shows a composition of four cameras, according to the description, the two rear cameras have 16 megapixels while the front cameras have 20 megapixels and probably with the features like ‘portrait mode’ and ‘beauty mode’.

Under the rear cameras, we have the fingerprint reader that probably does not work as a start button.

We can also see a screen with a ratio of 18:9 and resolution FHD+, the overall size of the device could range between 5.7 and 6 inches. 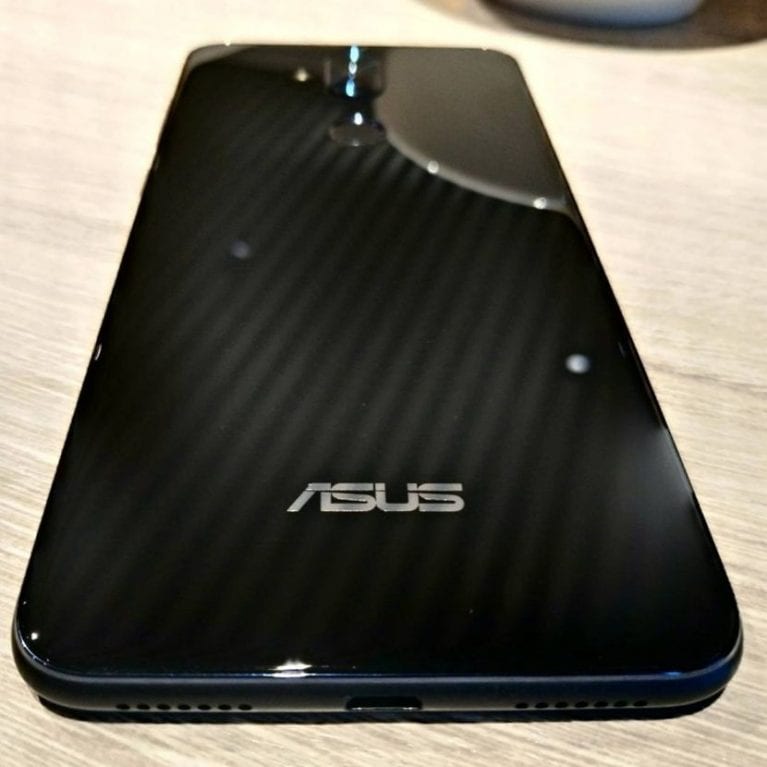 The other image does not give much information, you can only see that the back of the device will have a shiny finish and the logo. There is a single LED for the camera and a USB-C type connection, this is a detail to take into account because the previous leaks of the Asus Zenfone 5 showed a MicroUSB connection.

Among other rumours, there will also be a larger version of Asus Zenfone 5 which will be known as Asus Zenfone 5 Max that will come equipped with the same specifications, but with a large battery, of course, no information on this device has come to light.

Asus has an event on February 25 at MWC 2019, the presentation of the Asus Zenfone 5 has already been confirmed and it is very likely that we will also see this smaller version and, in any case, the Max version.