The tech giant Google has just announced a preview for developers of Android P, the next version of its mobile operating system.

It brings a new panel of notifications, support for “notch” screens, and improvements in performance and other aspects. Check the details below.

The notifications panel has been completely redesigned. Quick Settings icons are now in circles, and the notifications have gained a white background and with rounded edges. 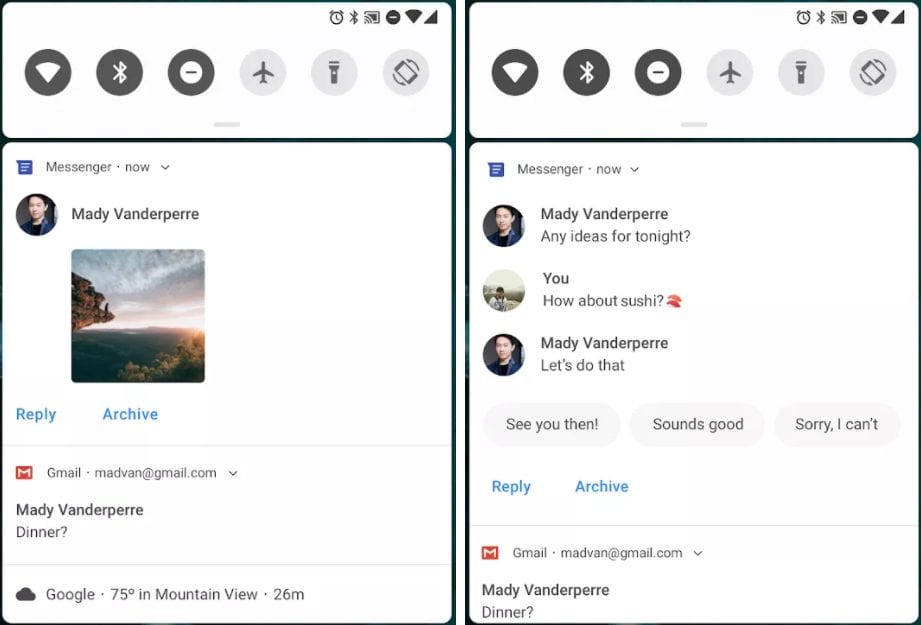 Also, in chat apps, you will not only see unread responses: there will be a list of the most recent messages to give the conversation context.

What’s more, there will be a section for automatic responses suggestions – just as Google has been testing separately with the Reply app.

We knew that Android P would gain support for screens with different formats. In fact, the preview for developers allows you to simulate a small notch, as in Essential Phone; or huge, as the various devices mimicking the iPhone X-like style.

The manufacturer can set the height of the notch, and Android will adjust the size of the status bar. As for immersive apps, which take up the entire screen, developers will have new APIs to detect the size and location of the notch to adapt their content. 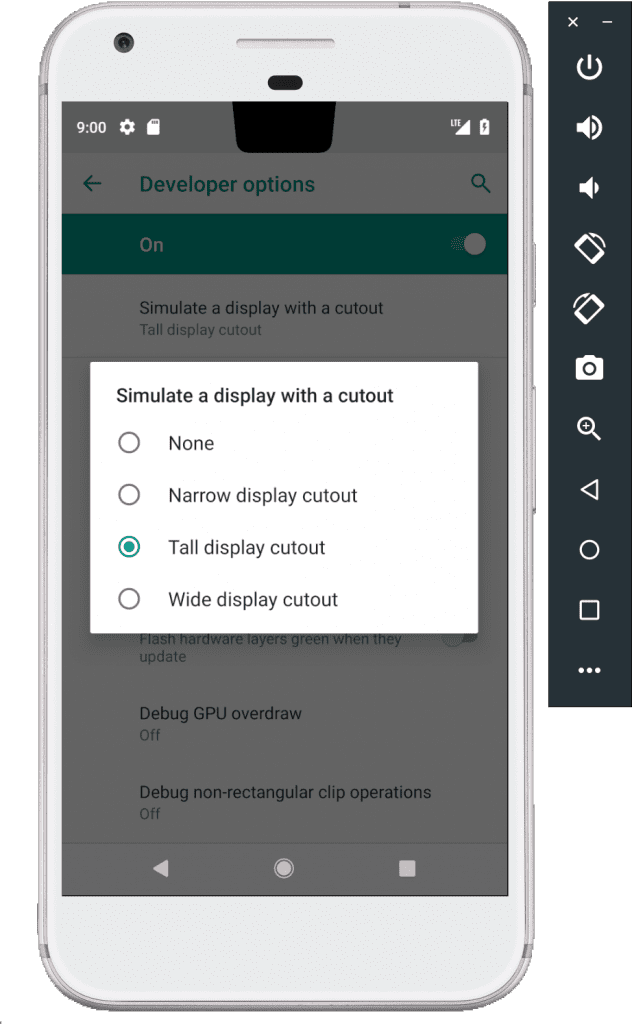 The Android Runtime (ART) engine for running applications promises to open them faster and with less memory consumption on Android P. “ART now uses profile information to rewrite DEX files on the device, with reductions of up to 11% on a variety of popular apps,” explains Google.

The company also says it “continues to refine the Twelve, Standby App and Background Limits” to reduce battery consumption.

Android P supports the HDR VP9 Profile 2 codec, so you can watch HDR videos from sources like YouTube, Play Movies and more. It also supports the High-Efficiency Image Format (HEIF) image format, an alternative to JPEG that takes up less space – it is already supported on iOS and MacOS.

As smartphones gain dual (and even triple) cameras, Android needs to adapt. So the latest version will automatically switch between two or more cameras – perhaps to help with it ARCore augmented reality platform.

As we said, Android P will prevent inactive apps from using your camera. In fact, it goes a long way: apps in the background will not have access to your microphone or to certain sensors.

“The microphone provides empty audio, and the sensors stop reporting events,” Google explains. “The cameras used by your application are disconnected and they generate an error if the application tries to use them.” The app should then put a notification to stay active and use the sensors.

In addition, the tech giant Google promises to offer multiple-key encryption for backups of your device. They are already encrypted on the servers and require your unlock password. However, “a future preview of Android P” will provide additional protection with a “client-side secret” without going into more detail.

Android P has Wi-Fi Round-Trip-Time (RTT), or IEEE 802.11mc, which allows an app to calculate its position within 1m or 2m (with its prior permission). This pattern was thought to work indoors, unlike GPS.

Use of mobile data

Android P will manage the use of mobile data depending on the carrier’s network. For example, if the network is congested, the system will leave large downloads for later. And if you’re on Wi-Fi, it’ll turn on some preload features – download the headlines in a news app, for example.

Focus on modern versions of Android

In September, the Play Store will require every app update to support API 26, which corresponds to Android 8.0 Oreo. The tech giant Google plans to increase the minimum API each year.

Also, if the user installs an old app – in this case, looking only at API 17 (Android 4.2) or lower – it will receive a warning.

As the name implies, the Android P Developer Preview – available here – is aimed at developers, not ordinary users. The tech giant Google even recommends that it cannot be installed on everyday devices because there will certainly be some bugs.

This preview of Android P is compatible only with Pixel, Pixel XL, Pixel 2 and Pixel 2 XL. The tech giant Google has confirmed to Ars Technica that the Nexus 5X, Nexus 6P and Pixel C will not be upgraded; they will only receive security enhancements going forward.

The tech giant Google says it will have more news to share at the I/O conference, which takes place in May. Until then, we can only speculate the name of the next version of Android.