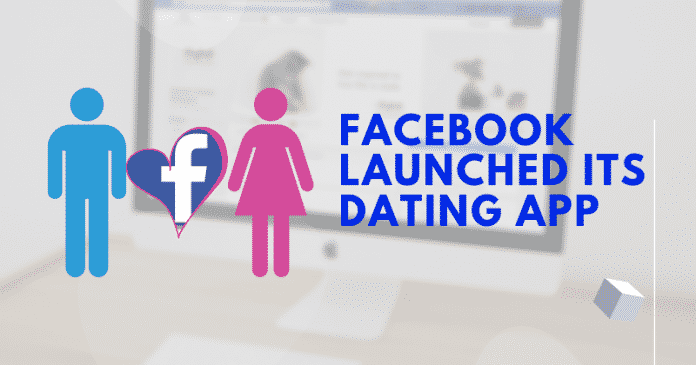 It was in discussion for a long time that Facebook will be introducing its “Dating App” anytime soon, the wait is finally over and Facebook has finally launched its dating app in 20 countries.

The Facebook dating app is absolutely free service that has rivals like Tinder and other dating apps. The service was available in other countries before it was finally released in the U.S on 5th September.

It allows a user to match with friends, friends of friends, and also with people who are not in your friend circle. One of the highlighting features of a Facebook dating app is “Secret crush” which allows people to connect secretly and share their feelings.

Users can also share their stories and short videos which will keep the app as authentic as possible, that’s what a dating app should be. The app is designed for long-term relationships and for people who are actually looking for a partner, not one-night stand and hookups. US alone has 200 single people as per Facebook’s relationship status. 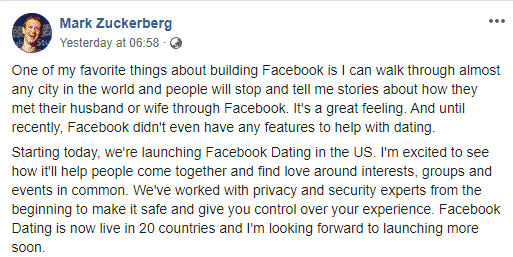 The rivalry between dating apps

Facebook have a really good advantage over its rival as it gives a feature to share profile and images from their social media profiles. As of writing, Facebook dating app has been launched in the US, Argentina, Bolivia, Brazil, Canada, Chile, Colombia, Ecuador, Guyana, Laos, Malaysia, Mexico, the Philippines, Singapore, Surinam, Paraguay, Peru, , Thailand, Uruguay and Vietnam. The app will be launched in many more countries in the coming months and has plans to launch in Europe by 2020.