We all know very well that the big bet of the social network giant Facebook is to take the Facebook Watch and now, the news is known that the CEO and the Founder of Facebook, Mark Zuckerberg will invest billions of dollars in original content creation for its new streaming platform, Watch.

The big bet of the social network giant Facebook is to take the Facebook Watch, a platform of transmission of televising contents through the streaming, every day more, to an imminent reality. Now, the news is known that the CEO and the Founder of Facebook, Mark Zuckerberg’s social network will invest billions of dollars in original content creation for its new streaming platform, Watch.

From the moment the CEO and the Founder of Facebook, Mark Zuckerberg’s plans to conquer the region that was known, several people wondered what the social networking giant’s proposal would look like. 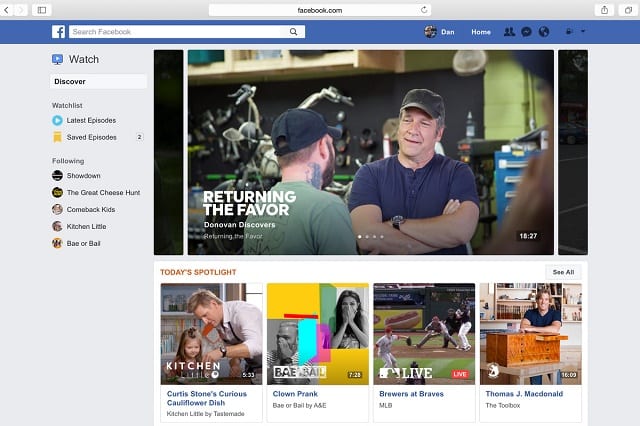 And, although many rumors were shuffled in the antechamber, the truth is that from the first days of September, the platform began to take its first steps to implement the new service, as we discussed earlier.

As reported, Watch has more than 20 programs, focused on various sectors of the US population and even several aimed at the Latino population in the United States.

In addition, it is known that the new service has a large number of associations with content creators, with the firm intention of creating a range of proposals interesting enough to step hard in the market. Considering that, in the United States alone, the social network has 240 million active users, everything does predict that it will achieve.

That’s why, to give that great blow to effect it needs, the social network giant Facebook is ready to invest up to $1 billion in the creation of original content for its new video streaming platform. The figure could suffer variations, depending on the reception received by the proposals by the users.

In fact, it would even consider offering original content creators for the platform 45% of advertising revenue. And, undoubtedly, with this proposal, it will try to position itself among other creators, like Netflix, with its products.

At the moment, it is not known if Watch will also reach other countries outside the United States or not, which is presumed – at first – complicated but not at all crazy. In short, we have to wait to know whether the success will be favorable or not.