No Man’s Sky is an action-adventure survival video game developed and published by the Indie studio Hello Games and it is one of the most anticipated games of the moment for its ambitious proposal. According to its developers, No Man’s Sky computer game would actually take a gamer 584 billion years to finish the game.

This Game Would Take You 584 Billion Years To Complete

No Man’s Sky is one of the most anticipated games of the moment for its ambitious proposal: to build the world that pretends to be as big as the real. Although it is obviously impossible, what they are getting the creators of this new science fiction video game is amazing and will allow users to conquer a galaxy composed of 18 quintillion planets.

The founder of Hello Games, Sean Murray, explained that “if a new planet was discovered every second after the game comes out, players would take 584 billion years to visit each of the planets for one second”. Yes, it is correct, according to its developers No Man’s Sky computer game would actually take a gamer 584 billion years to finish.

The chief goal of No Man’s Sky, whose stage is immense, is to reach the center of the galaxy. In order to achieve this goal, the game sets some restrictions, given the choice of players to a preferred way as traders, explorers or even fighters.

In the early stages of development, No Man’s Sky used a 32-bit number, which offered “only” about 4 trillion planets. At the time, the executive said that the player would take “four or five thousand years to see all the planets if they spend one second in every one.” That scale is absurd.

The decision to use a number of 64-bit instead of 32 came after inquiries of players. Many have claimed that, because of technological limitations, it would not exist as a truly infinite game universe. In response, the developer used the new range, which now requires about 584 billion years to be fully explored.

Theoretically, the game is infinite, since no human being would be able to exploit it fully. According to Hello Games, the player’s mission, which is dropped on the edge of the universe, is to reach the center of the galaxy. The most interesting thing is that only 15 British developers made this possible through a smart use of technology and in this, view of the developer requires “intelligence, imagination and cooperativeness”. 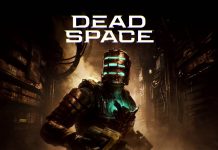