Google has released a new report regarding an upgrade to the app bundle that runs on Google TV and Android TV. Also, in impact, the devices will get performance optimization.

Many years after operating smart TVs on the Android operating system, Google is finally taking action to make it faster and make available more free storage to install apps, so let’s discuss how it will be possible. 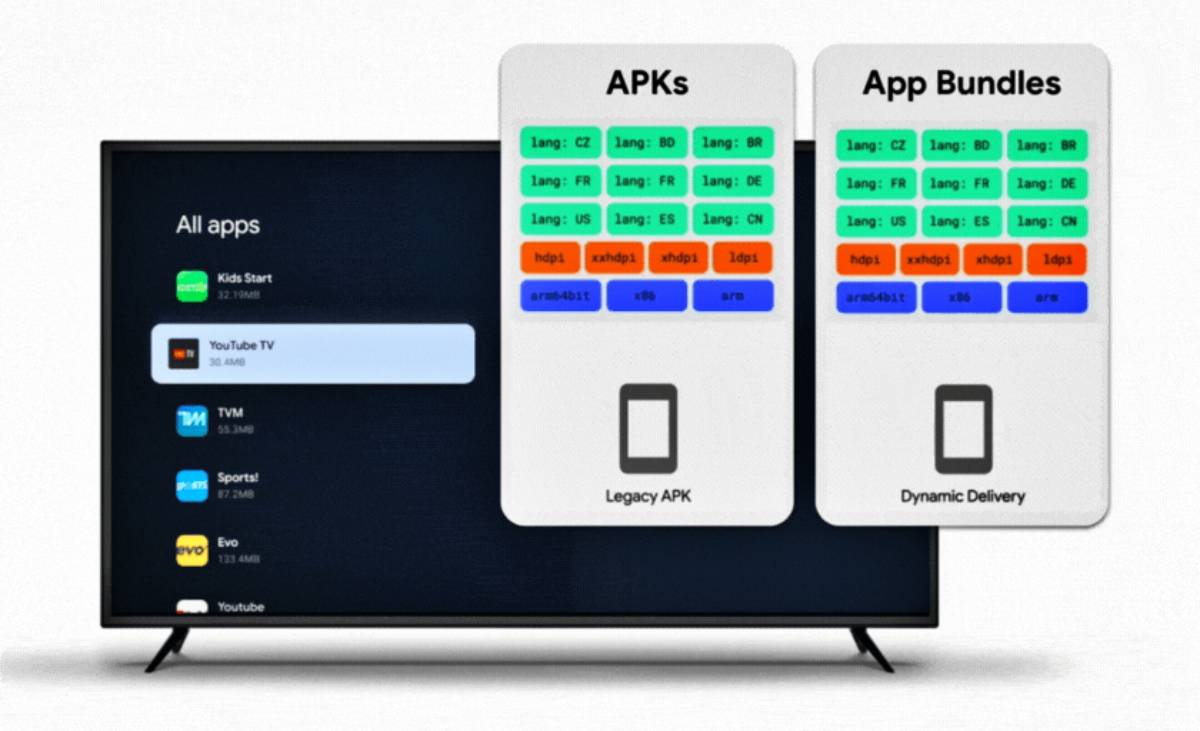 As we all know, from the start, smartphones, tablets, and TVs that run on Android have a standard format for apps which is APK (Android Package Kits), but now, the company is planning to replace it.

With that, Google TV and Android TV will adapt to this change completely by May 2023, but there are currently not enough details about the other devices.

The report has also noted all the major points and key benefits which Android TV users will get after the arrival of this AAB (Android App Bundle).

And the major change is that the app will take a smaller size in the storage as the App Bundles will take 20% lower storage than APK, and there will also be options for archive and unarchive dictate, which is a better transition for uninstall.

Most Android TV doesn’t have much storage size, so it will be great if apps will take the smaller size and users don’t have to do something special for it as the process will stay normal; you can simply download any app from the play store.

However, after this app optimization, the smart TV will also perform faster than earlier, so users will get a more enhanced experience.