Google Play Games has the vastest collection of android games, and it allows multiplayer logic for your game and allows multi-touch controller for both players on the same screen.

Google Play Games for PC is an upcoming service that will allow you to play Android games on your Windows computer. We first heard about it in late 2021, and now the first beta for the service has gone live in Hong Kong, South Korea, and Taiwan.

Google Play Games is now available in beta as a client for downloading games to a Windows PC. Importantly, these games will automatically sync your progress between your Android phone, tablet, PC, and any other device signed in with Play Games.

Soon You Could Play Android Games On PC 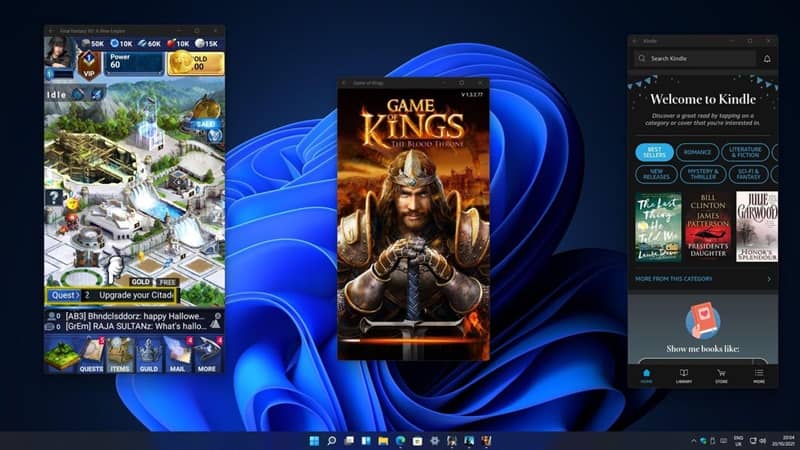 We previously heard the service would get a beta in those countries, but as spotted by Mishaal Rahman, the beta has gone live. Google Play Games for PC is an Android game storefront for those on Windows, allowing you to play titles on your computer.

Games we can spot in this footage include Asphalt 9: Legends, Rise of Empires: Ice and Fire, Summoners War, Idle Heroes, and many others.

Invites appear to finally be rolling out for the Google Play Games beta (via Mishaal Rahman), with elite gamers in Asia now gaining access to the client. So far, no one has demonstrated how well the gameplay works, but a video has been shared of the Google Play Games for PC client in action.

Unsurprisingly, the client looks almost identical to how it appeared in the original trailer shown by Google when beta signups first opened. With players now able to properly test their favorite Android games on Windows, things are now moving closer to Google Play Games on PC launching in more areas.