The BBC News website on New Year’s Eve attacked by the US anti-IS hacking group “New World Hacking” the BBC site collapsed nearly for four hours, a hacker claimed to launch a DDoS attack traffic 600Gb per second to test the effect of the attack. Are They Serious?

An American hacker group New World Hacker, the New Year’s Eve attack on the BBC news website, causing the site to stop the operation of nearly four hours. New World hackers to BBC reporter claimed that the launch of DDoS attack traffic up to 600Gbps, but the BBC would not confirm the reason for the site closed.

Hackers Does DDoS Attack Traffic Up To 600Gbps on BBC Website 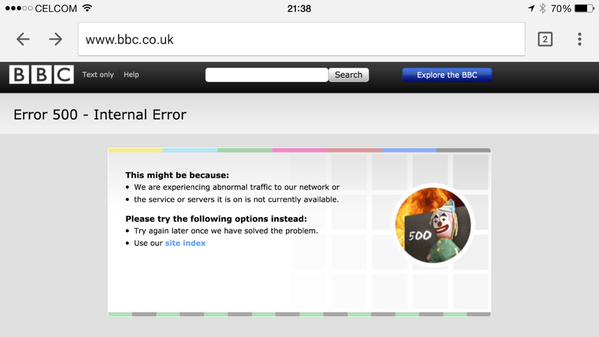 The attack on Thursday 7:00 local time to start, then users can only see an error page. BBC described the accident was a “technical failure” in the first tweets in that situation, claiming its engineers have begun to address the issue. At 10:30 am local time, the site most of the functionality has been restored, but can clearly feel it load slower than normal. At Noon BBC claims that its website has only “normal operation”, and the inconvenience caused by the accident apologized.

The hacker group told through Twitter Technology correspondent, BBC News Rory Cellan-Jones, they are American organization, committed to rout ISIS-affiliated websites and its members, and revealed that this wave of DDoS attacks using two sets of nodes and multiple independent server, attack traffic up to 600Gb per second. With BBC targeting only verify this they do have the ability to attack. 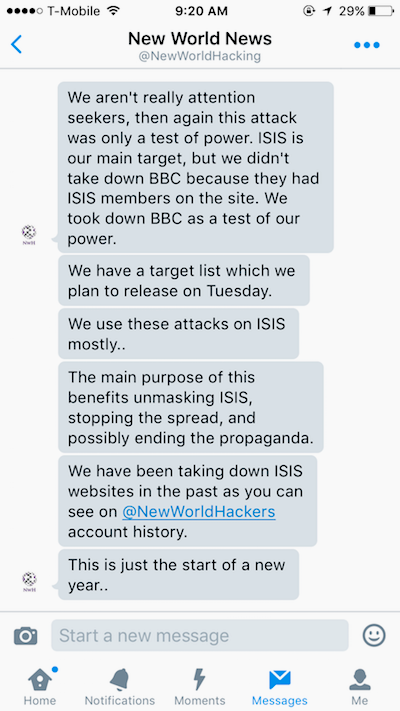 “we are very aware of their choice is not always right, but if there is no network hackers, there are those who will fight the terrorists on the online activities? We chose the BBC as a target, just because we want to complete test the actual ability to attack our servers. “

Another member of the organization places anonymous own revealed that the use of the hacktivist hacker tools Bangstressed to guide organizational development attack, with PC grade server which can launch DoS attacks. According to these members to disclose information, the organization was founded in 2012, a total of 12 people.

The attack affected in addition to the BBC website outside, BBC related services has also been affected, such as the iPlayer click back at the service and iPlayer Radio app.