We all know very well that Huawei is preparing what will be the presentation of its new models for 2019 and will take place in Paris on March 27. In this event, Huawei will present the successor of Huawei P10, the model of last year, the new Huawei P20 with 19:9 Display & iPhone X Like Notch.

Contents show
Huawei P20 With 19:9 Display & iPhone X Like Notch Gets FCC Certification
This will be the Huawei P20 with 19:9 screen, similar to the iPhone X

Huawei is preparing what will be the presentation of its new models for 2019 and will take place in Paris on March 27. In this event, Huawei will present the successor of Huawei P10, the model of last year, the new Huawei P20.

A smartphone that, according to the leaks, will be the first to place 5 cameras, specifically 3 sensors in the back and two in the front area. In addition, and as was the case with other flagship models of the Chinese brand, it is also expected to see a limited edition variant “Porsche Design”.

This will be the Huawei P20 with 19:9 screen, similar to the iPhone X

Well, a new Huawei smartphone with the model number ANE-LX1 has been certified by FCC (Federal Communications Commission) what appears to be the new Huawei P20. This new device has measures of 140 mm long and 70 mm wide.

In the filtered image, we can confirm that it has a notch on the top screen as it appears in the iPhone X. Even the location of the rear camera also shows a strong resemblance to the design that incorporates the iPhone X, with vertical alignment of the sensors in the upper left corner, although already under previous leaks, it could be a triple camera.

The smartphone is backed by a 2900 mAh battery that will also be compatible with the “Huawei Super Charge” fast charging technology. The same ANE-LX1 terminal was previously detected in HTML5test. The list revealed that the device runs on Android 8.0 Oreo from the factory. Although the size of the screen is mentioned as 360 x 760 pixels, we will see a 19:9 screen with Full HD resolution (2160 x 1o8o pixels). 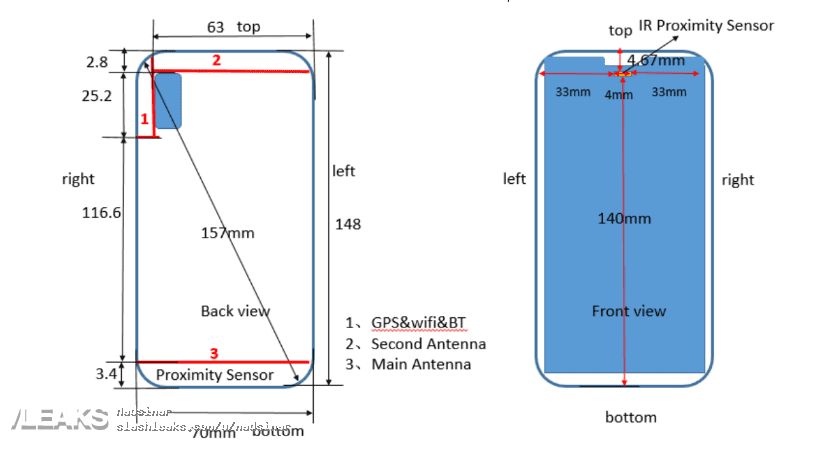 Let’s see, how the Chinese smartphone manufacturer Huawei handles those few extra pixels on each side with the iPhone X like Notch on the top. According to hardware specifications, the new Huawei P20 will be powered by the Kirin 970 octa-core chipset with a dedicated NPU for AI processing.

Although the company will launch the emblematic smartphones of 2019 one month after the MWC 2019 in Barcelona, it is not surprising that in the same event Huawei could surprise us with some kind of announcement in the MWC’s showroom.

So, what do you think about this new Huawei P20? Simply share all your views and thoughts in the comment section below.