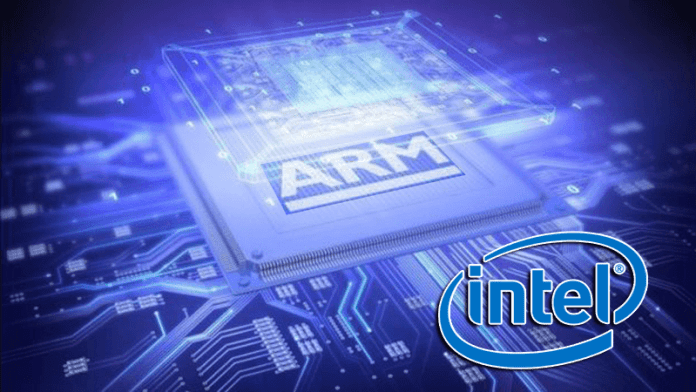 Recently the tech giant Intel announced on the Intel’s annual conference at the Intel Developer Forum, that soon it will start producing ARM processors for the mobile devices. As Intel has entered into a new licensing agreement with the rival ARM Holdings to produce 10-nanometre ARM chips in Intel factories.

It started yesterday on the Intel’s annual conference at the Intel Developer Forum, where the giant processor and chips manufacturer presented to the public its latest conceptions and innovations.

Several innovations have emerged, but one of them left the audience surprised. Intel CEO, Brian Krzanich, announced that the company will soon start producing ARM processors and integrate them into their chipsets.

This is a novelty that few expected would happen in the near future. Intel and ARM both declared fight in the mobile market, with each of the processors to try to be the most efficient and performance possible.

The agreement between the two tech giant companies will give Intel access to all ARM technology, so they can easily make use of all its 10nm production technology and can produce chipsets with the best PPA (power, performance, area) possible as we hinted earlier.

There are huge customers or mobile companies who were interested in purchasing these new chipsets equipped with ARM processors. LG is one of the first marks to access, then followed by several others, less well known.

Once they have given up the production of their processors dedicated to the mobile market, the technological giant will definitely back to the initial position itself in a prominent place in the industry, according to ARM.

It may also be the door that the company hoped to get into the production of processors for Apple. It has long been a talk of a possible partnership that Intel can make processors for the iPhone and other Apple products, but until now had no way to be realized.

“Our 10nm technology will provide improvements in transistor scaling and offer new performance, power and cost benefits as well as a wide range of device features to meet different product requirements,” Ball said. But, also added that “Optimising this technology for Intel’s 10nm process means that foundry customers can take advantage of the IP to achieve best-in-class PPA (power, performance, area) for power-efficient, high-performance implementations of their designs for mobile, IoT and other consumer applications,”.

However, this strategic move shows that the tech giant Intel was finally able to give back to the market and be able to create new business opportunities, even if it has to resort to a competitor, which dominates the overall shape of the markets of processors for the mobile devices.