Last week, Apple released iOS 14.7 with new features like support for MagSafe Battery Pack. But the same update had a vulnerability in the iMessage that could attack iPhones with the Pegasus Spyware.

However, the company has rolled out an iOS 14.7.1 update to fix the security vulnerability. According to Apple, the app in iOS 14.7 had a memory corruption issue that might let the app execute the arbitrary code. Apple has fixed the issue with iOS 14.7.1, so all the iPhone and iPad users need urgently update their devices to the latest version. 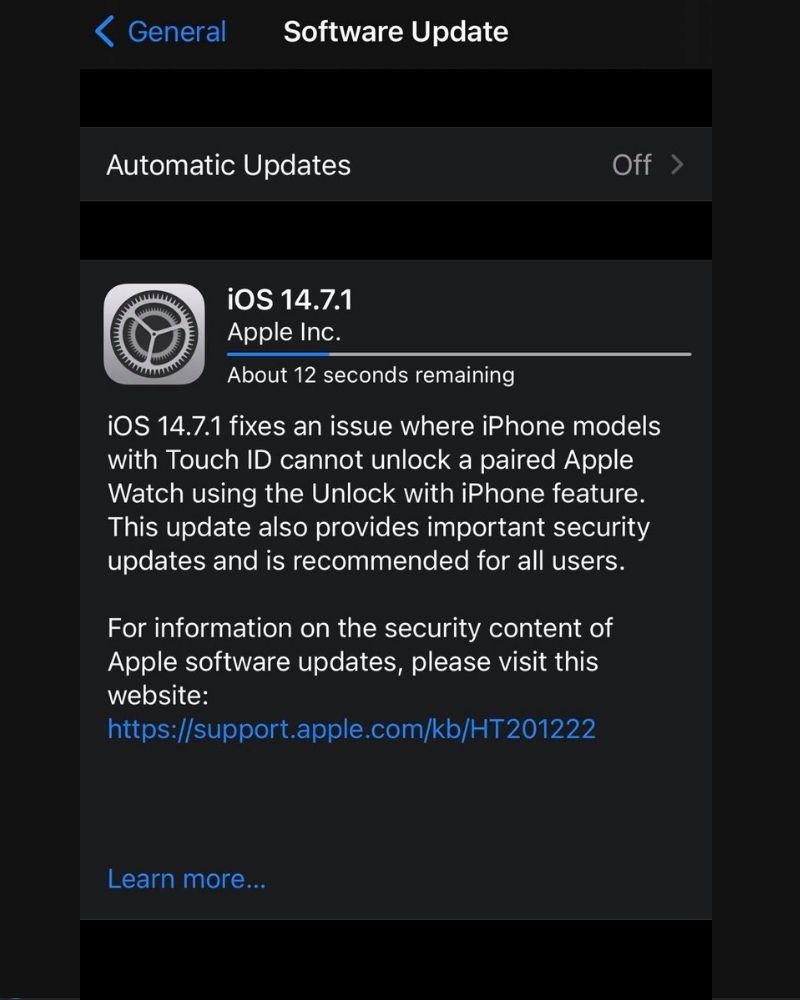 For iPhone users, the iOS 14.7.1 update fixes the flaw in Apple Watch that had an issue with Unlock With iPhone feature. At the same time, iPhone and iPad users had flaws like signal issues, Apple Music bugs, and playback issues.

The iOS 14.7 also brings a new functionality called Card Family, and Apple Podcasts got some improvements.

According to the Immersive Lab’s SME app security lead, Sean Wright says, it looks like Apple has not fixed the iMessage vulnerability in iOS 14.7.1. Apple has provided few details on security fixes and says the update does not include all of them. iOS 14.7.1 is the latest multiple iPhone update of this year.

For iPhone and iPad devices:

For MacBook or Desktop:

“An application may be able to execute arbitrary code with kernel privileges. Apple is aware of a report that this issue may have been actively exploited”.