Another case of all new iPhone 8 appeared on the internet and this time the iPhone 8 battery has swelled out of its case. However, this now the case is reported from the United States for the first time which was reported late on 12 October 2017.

iPhone 8 Battery Swelling Case Now Reported In The US

Well, the tech giant Apple has made some changes in its tactics and tried something different with the iPhone X. The front panel of iPhone X is completely occupied by the screen and has no button.

A few days ago, we have read the news in which one of the Taiwanese iPhone 8 Plus buyers has claimed that her new iPhone 8 Plus split open while being charged with the original cable and plug adapter.

Earlier, another case of all new iPhone 8 Plus appeared on the internet whose battery has swelled out of its case which was reported in state media in China.

Well, the similar type of incidence has also been reported in Taiwan and Japan where the batteries of latest iPhone 8 Plus becoming bloated, causing the device’s casing to open.

Now, just a week after the tech giant Apple said that it is looking into all the incidents of iPhone 8 batteries swelling and phones being left split apart, now the first such case has been reported in the United States.

An employee of Best Buy, an American multinational consumer electronics corporation headquartered in Richfield, Minnesota, a Minneapolis suburb, posted on Reddit to report that his store had received a bulging device as a return and after getting such faulty iPhone, he had also published an image along with his post on Reddit. 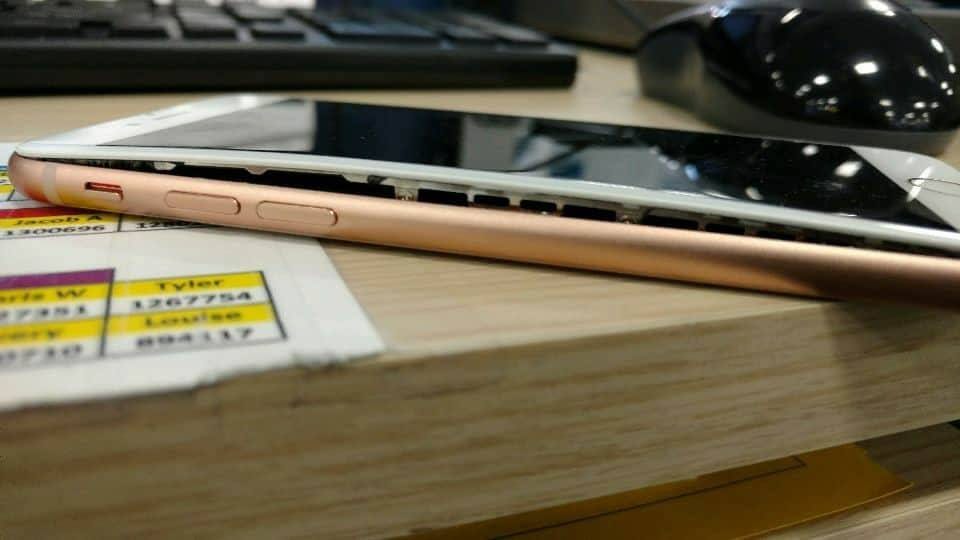 As we already told that all the earlier, cases of swollen batteries were reported from the following countries Taiwan, Japan, China, Canada, and Greece. However, now the United States also joined the country list.