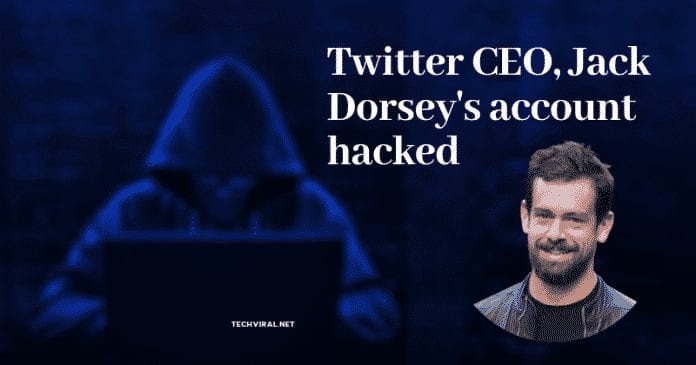 The Twitter account of Jack Dorsey, CEO, and founder of Twitter got hacked and used as a medium to spread offensive, racial slurs, bomb threats, and posts that go against the community guidelines.

The posts made using Jack Dorsey’s account seemed to be in-jokes and showed connections with hackers. The report has more than 4 million followers and is one of the most authoritative accounts on Twitter.

The hackers gained access to Jack’s account and posted offensive tweets under his name, and this means that hackers also gained access to his private messages. This issue proves that Jack Dorsey couldn’t keep his own account secure on this very own platform, Twitter.

The group of hackers called themselves “Chuckle Gang” and had no severe intentions and motives behind the attacks, but the main reason behind all the drama had its own story.

The Chuckle gang wanted Jack Dorsey to remove the suspension of some accounts from Twitter. The tweets were taken down as quickly as possible to avoid any further problems.

Twitter encourages all of its users to use two-factor authentication, which is intended to ensure that nobody but an account holder can get into an account.

Jack Dorsey and Twitter have not made any reference to the hack. Twitter stated that the mobile number linked to Jack’s account had its security compromised and went unnoticed by the mobile operator. This resulted in unauthorized access of Jack’s account and allowed the hackers to send tweets via text message from the phone number. However, the issue is now resolved.