Finally, after a lot of rumors, the tech giant Apple has just introduced the most powerful and evolved version of iPhones, of course, I am talking about the all-new iPhone XS and the iPhone XS Max. The Cupertino company has innovated the devices in several components and incorporated new technologies.

After a lot of rumors, the tech giant Apple has just introduced the most powerful and evolved version of iPhones, of course, I am talking about the all-new iPhone XS and the iPhone XS Max. The Cupertino company has innovated the devices in several components and incorporated new technologies.

The tech giant Apple has just introduced the new iPhone Xs and iPhone Xs Max. The company just announced the news of these two models, but it is expected that a third party will be introduced, of course, the iPhone Xr. According to Tim Cook, the iPhone is the number one smartphone in the world and has a satisfaction of rate of 98%.

The new iPhone Xs was the first to be introduced. This device has a 5.8-inch Super Retina OLED screen with 458 PPI (pixels per inch) and in terms of design, there does not seem to be any significant changes compared to the iPhone X.

The iPhone Xs Max shares much of the features of the iPhone Xs only that comes with a 6.5-inch screen, the largest screen ever integrated into an iPhone. According to the tech giant Apple, with such a screen the user will have a fantastic user experience. The screen is also Super Retina OLED with 458 PPI (pixels per inch). 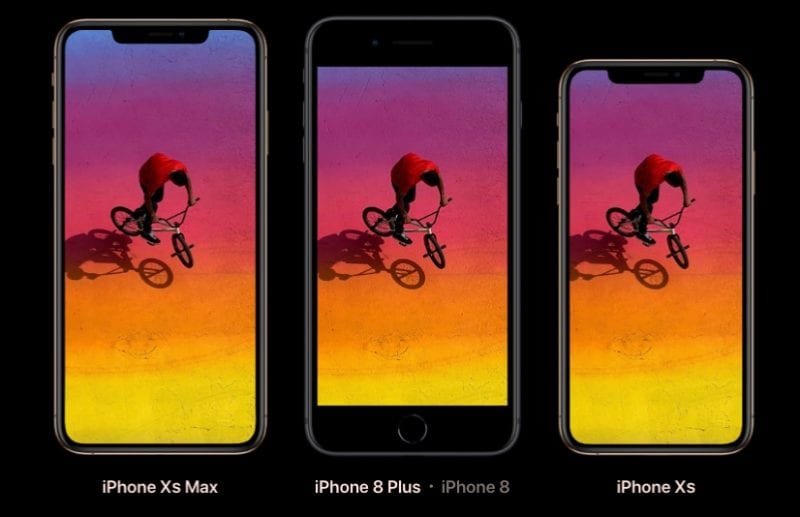 The new iPhone Xs come with the most durable screen ever integrated into a smartphone. According to the tech giant Apple, the screen comes with a stainless steel strap that helps to create a more waterproof casing – up to 2 meters for 30 minutes – IP68 rating according to IEC 60529. Not only that even, the iPhone Xs stands up to coffee spills, tea, soft drinks and more.

These new models will be available in gold, silver and gray. These devices come with the new SoC A12 Bionic, with the architecture of 7nm and 6.9 billion transistors. This SoC has the capacity to process up to 5 billion tasks simultaneously (The A11 “only” could process 600 million).

The GPU is 4 cores and guarantees 50% higher rendering compared to the previous GPU. Moreover, the CPU has 6 cores (2 high performance (15% faster) and 4 that are 40% more efficient compared to SoC A11). This new version of the iPhone is available with 512 GB of storage. 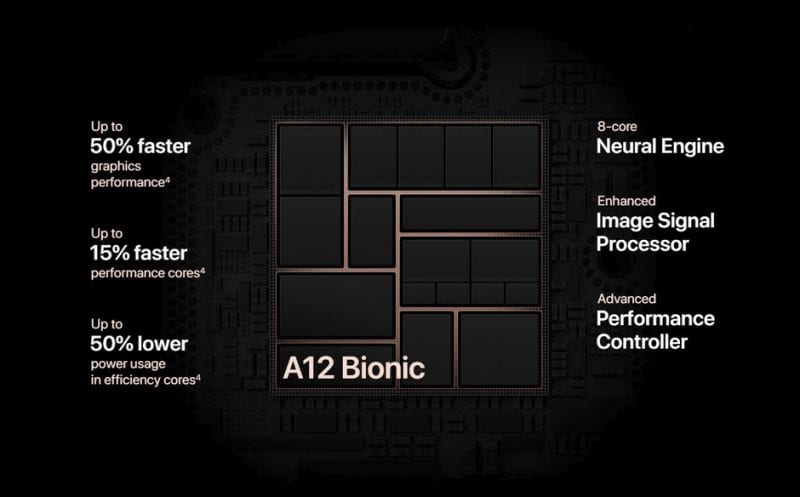 The new SoC A12 includes the new 8-core Neural Engine to enable augmented reality experiments and machine learning. With this neural engine, you can create amazing photos with Depth Control, speed, and smoothness in everything you do.

These new devices come with the double rear camera and also with the front one. The innovative sensor along with the image signal processor and the Neural Engine work together to create unique photos.

HDR smart: The new secondary frames, the fastest sensor, and the advanced Bionic A12 processor can reveal more detail in the darkest and brightest areas of your photos.

New Depth Control function: You can now adjust the depth of field after taking the picture.

TrueDepth front-facing camera (7 MP camera), wide-angle lens f/2.2, video in 1080p up to 60 fps. It is now possible to record video in stereo as well.

It’s simple, there’s no safer password than your face. Just take a look to unlock the iPhone, sign in to apps, accounts and more. It’s the safest facial recognition technology ever on a smartphone, and now, according to the tech giant Apple, it’s even faster.

True, these are the first iPhones to support two SIM cards. The tech giant Apple says eSim support will depend on carriers.

For these new models do not bring the physical button. Everything is controlled by gestures on the screen.

Moreover, according to the tech giant Apple, the pre-order of these new devices will simply begin on the 14th and will hit the market on September 28.