Instant messaging services like Skype, Line, Hike, and Viber are all set to receive a huge blow, even as the makers of WhatsApp have decided to add video-calling support.

So earlier, it was mentioned that the WhatsApp Video Calling Feature would be soon available for Android, and the beta update for WhatsApp has revealed the video calling feature.

The latest beta update for WhatsApp shows the option to choose between audio and video calls once tapping on the call option. However, the user cannot place any video calls to anyone, including the video call to other beta users.

But, if any beta user selects the video call option, then a message will be displayed stating, “Couldn’t place a call. Video calling is unavailable at the time”. 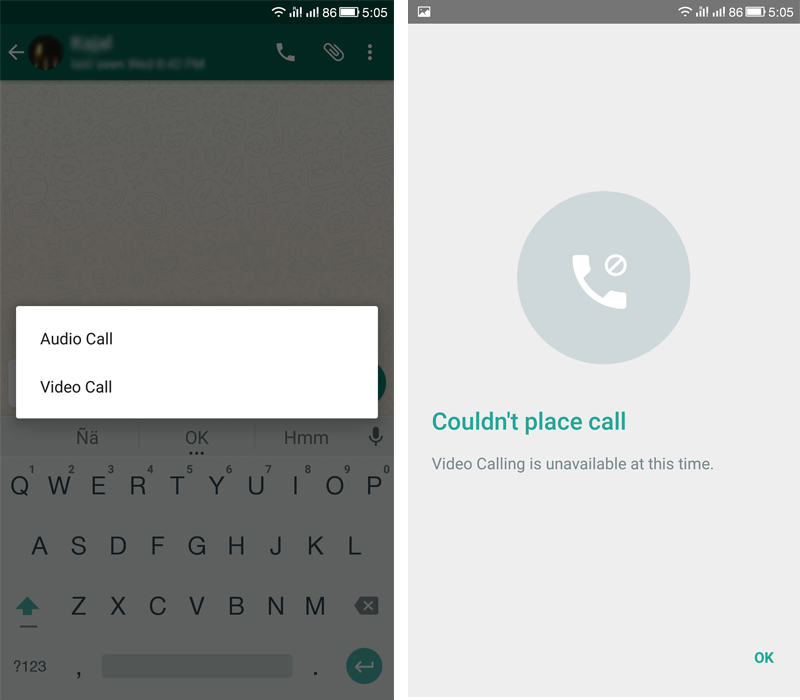 But, presumably, in future updates, we might see the option in the ‘phone calls menu’ just as we get the WhatsApp voice call option. 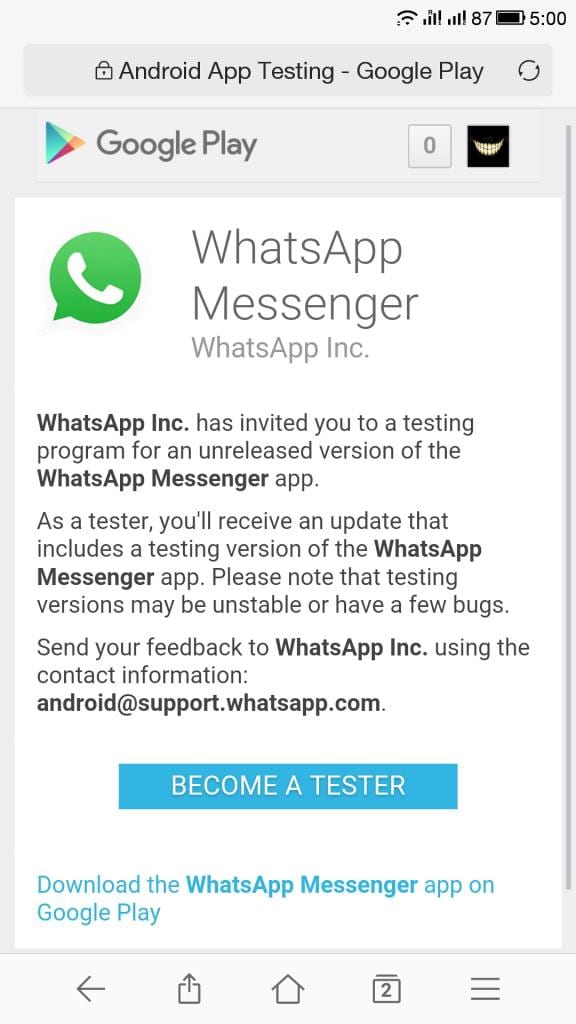 Hence, the user can download the latest Beta version, 2.16.80. directly from the Google Play Store.

WhatsApp has so far not rolled out the beta-testing feature to iOS users. As there are no visual changes seen yet. The overall user interface will remain the same. But, it is worth mentioning that the beta testers can download this version from the Google Play store, the Facebook-owned social media giant.

But, we can still hold positive hopes as the latest beta update for the social media giant Facebook-owned. WhatsApp has shown the option to make video calls.