We all know very well that a couple of months ago, in the middle of summer, when it became official with great fanfare the arrival of MIUI 9. Now the Chinese smartphone manufacturer Xiaomi itself has said that MIUI 9 Global ROM is coming and released the list of compatible devices.

A couple of months ago, in the middle of summer, when it became official with great fanfare the arrival of MIUI 9, the Chinese ROM par excellence that takes Android towards an experience more similar to iOS, and that came loaded with new features to try become the best personalization of the Android platform.

It is difficult to confirm that it is, but what is certain is that, in its concept, MIUI 9 probably is the most complete personalized ROM with the best experience, both in the graphical part and in the use.

Obviously, we are talking about interfaces without application drawer and with a more similar use to iOS in iPhones, very widespread in China because of the preference of its users, and that usually have color palettes and very careful graphics, all installed applications scattered directly on the desktop and simplified adjustment systems.

We listened to your requests. Global MIUI 9 is coming to India on 2nd Nov. Are you excited? #LightningFast ⚡
500 RT & we'll reveal more. pic.twitter.com/FCdpM286Zv

Till to the date, to use MIUI 9 outside of China it was necessary to resort to development versions in beta phase, but according to the Gizchina, this is about to change, because the global ROM of MIUI 9 already in stable version which is now ready to be a candy and will be released very soon for all users who wish to try it, next Thursday, November 2, 2017.

The announcement comes from the hand of the Chinese smartphone manufacturer Xiaomi India itself, which will present the same November 2 a series of phones with the focus on its front camera and selfies, and has indicated that they will have MIUI 9 in its global version. 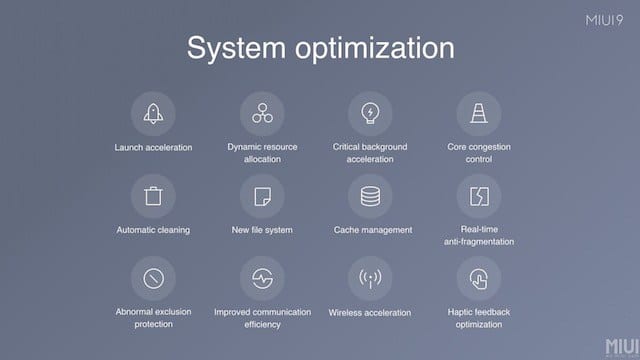 Good news for the Xiaomi users, especially for those who, waiting for the arrival of new smartphones and of course the most awaited update of MIUI, MIUI 9 to our markets. However, if you want to know whether your device will receive the MIUI 9 update or not simply you can check the list mentioned below where all the devices compatible with MIUI 9 are mentioned.