The pricing for Samsung’s two upcoming handsets has been revealed. The new reports suggest that Galaxy S7 will be available at a slightly less price as compared to iPhone 6S.

Also, Samsung’s Galaxy S7 and S7 Edge will be available for pre-order on February 21st, according to rumors.

However, the pre-release review suggests that Galaxy S7’s price will be quite similar to the early S series devices like Samsung S6’s launch price. But, Dutch-based website, Tweakers.net claims that the device will be slightly cheaper or at least the Edge variant.

The Tech Blog, Tweakers.net said Samsung will unveil Exynos-powered versions of both S7 and S7 Edge in the Benelux region. It further suggests that these two devices will be available in three colors, black, gold, and white, according to the report they got from sources. 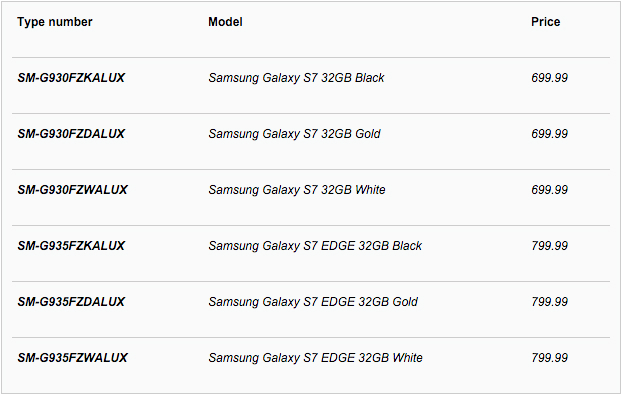 Samsung may bring back SD card slot in S7 and S7 edge. By default, Galaxy S7 will have 32 GB Storage, and you can also use SD card. Samsung was badly criticized by the users for not enabling SD card slot in the previous S6.

It seems that Samsung has taken the criticism seriously and enabled SD card feature in S7 and S7 edge.

Also, the device’s specifications were posted by Tweakers.Net. See the below image for the features that the upcoming S7 and S7 may possess: 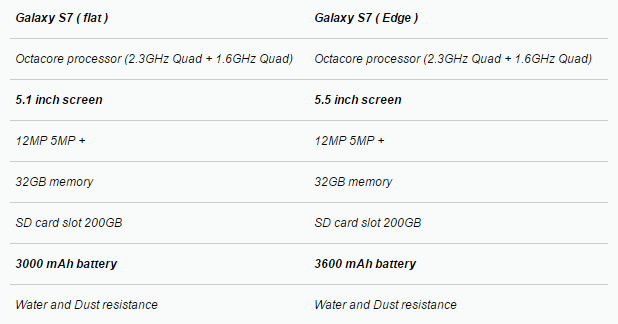 So, we also came to know that Samsung might offer S7 and S7 Edge slightly at a lesser price than Apple’s iPhone 7,

In order to compete with its rival. We hope that you loved this article, feel free to share this with your friends.