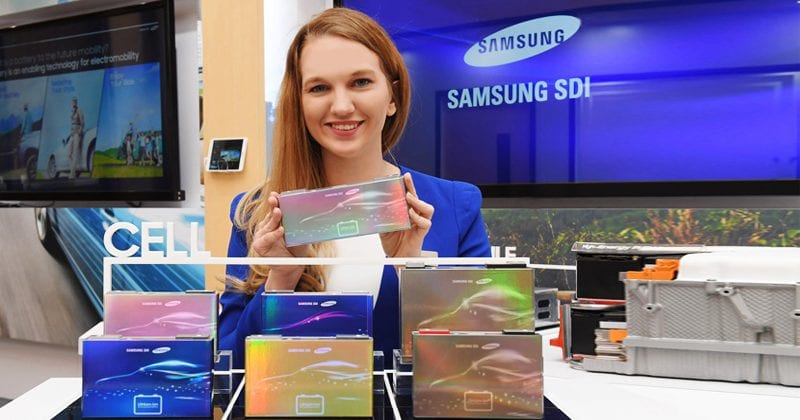 We all know very well that the batteries of our phones have elements that have a good presence on earth as is the case of lithium. However, they also make use of more scarce and expensive ones, such as cobalt. But, now according to the latest reports, the South Korean giant Samsung is preparing to make cobalt-free EV batteries.

The batteries of our phones have elements that have a pretty presence on earth as is the case of lithium. However, they also make use of more scarce and expensive ones, such as cobalt. This mineral has increased its price by 235% in 2017, going from 34,600 dollars per ton to 81,360 dollars. Samsung SDI, one of the largest manufacturers in the world, could get to do without this mineral.

This has been confirmed by The Korea Times. According to what they claim, Samsung SDI is working to find a way to make batteries with little cobalt or even totally dispense with it, at least in the case of batteries for electric cars.

The rise in the price of cobalt has as its main cause that the government of the Democratic Republic of the Congo has increased the taxes related to the metal. The Congo is the main exporter of cobalt in the world, and the political instability of the country (as there is now) makes its price fluctuate quite strongly. In total, it is estimated that 60% of the world’s cobalt reserves are there.

Samsung uses a series of technologies in its batteries that use nickel, cobalt and manganese alloys, as well as nickel, cobalt and aluminium. These materials are the most popular due to their efficiency and ease of use in the manufacturing process. To mitigate the negative effect of the rise in the price of cobalt, the South Korean giant Samsung has increased the proportion of nickel in batteries above 90%, leaving cobalt at just 5%.

But the company is not going to stay there, and apparently also going to dispense all cobalt in future batteries. Thus, they save buying an expensive mineral and avoid buying it in a country where the workers are exploited. Countries such as Canada or Australia are increasing cobalt production as more mines are being discovered, so the dependence on the Congo could fall.

Recycling current batteries is also an option that is being considered

The current batteries already have cobalt, and the recycling of those that use old mobiles is a great source of this material. In fact, 15% of the cobalt consumed in the United States comes from recycling. This sector is booming worldwide due to the rise in prices, in addition to companies improving their image in the face of commitment to the environment for the positive effects of these practices.

Thus, the South Korean giant Samsung is expected to invest in recycling companies and to make long-term contracts to obtain materials from these types of sources. The CEO of Samsung SDI, Jun Young-Hyun, has commented on the importance of having a long-term strategy to cope with the rise in the price of cobalt. Having a stable source of raw materials with a predictable price is an indispensable part of that plan.