The South Korean giant Samsung’s upcoming flagship smartphone Galaxy S8 has been possibly leaked. But, still, at the moment it is a little unclear as to what the Samsung Galaxy S8 might look like actually.

Of course, Samsung is all set to deliver some remarkable features in Galaxy S8. Previously we have seen rumors claimed that the phone would be available in two variants which will hold different processors.

But, apart from all these, there is good news, a new and massive leak is bringing us pretty much all the details about the Korean company’s next flagship smartphone Galaxy S8. As there were few rumors on the internet regarding the look of Galaxy S8.

We have seen few renders leaked online. We even have the first look of Samsung Galaxy S8. However, earlier we also reported that Samsung may have inadvertently revealed the final design of Samsung Galaxy S8 in two promo videos posted by its subsidiary Samsung Display.

So, the phone in the ad shows that the upcoming Samsung Galaxy S8 will have the high screen to body ratio with minimal borders on the top and bottom. There will be no home button, and the fingerprint sensor could be built into the display. So, all these are just speculation as still, the South Korean giant haven’t confirmed anything about this officially.

However, once again an image leaked online, possibly it could be the actual design of the Korean company’s next flagship smartphone Galaxy S8. This is according to a report from SamMobile who actually spotted the possible design inside a Samsung app. But, still, it is unclear as the company doesn’t stated anything about this officially. 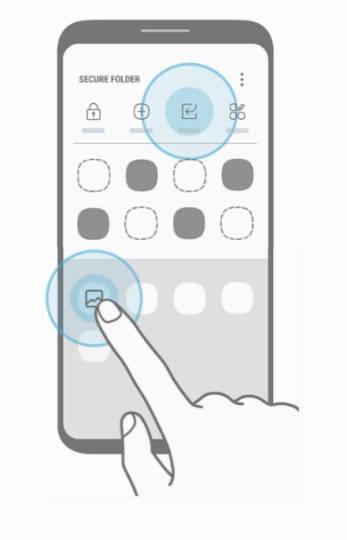 Now, let’s have a look at the rumored specs:-

So, what do you think about this? Share your views and thoughts in the comment section below.