[dropcap]P[/dropcap]UBG is originally a PC game that was massively popular amongst the gamers. In March 2018, the game was extended to smartphones, and from that day, the craze for the game has never ended. Have you ever wondered why the craze of PUBG is always high, and how it became one of the hottest battle royale game in India? Below, I have shared 5 reasons why PUBG is the most popular battle royale game in India.

It was the arrival of PUBG Mobile that has shaped up the future of mobile gaming. You won’t believe, but PUBG corporation has recently announced its full-year financial analysis of 2018, bringing in $920 million in revenue for the year and $311 million in profit.

For those who don’t know, PUBG is originally a PC game that was massively popular amongst the gamers. In March 2018, the game was extended to smartphones, and from that day, the craze for the game has never ended. Over 200 million users right now have PUBG Mobile installed on their smartphone.

PUBG Mobile: 6 Reasons Why PUBG Mobile is Successful In India

Well, Indians don’t usually like to invest in games and apps. So, the games that arrive with a premium tagline is often ignored by the Indians. So, developers behind PUBG Mobile did the right thing by making the game free with in-app purchases. If you have been playing PUBG Mobile for a while, then you will know that those expensive in-app purchases are literally of no use. So, the basic in-game things which require to play PUBG Mobile comes for free.

Before PUBG Mobile, many craved to play battle royale games on their smartphone. It’s not that the shooting games for Android or iOS didn’t exist before, but they failed to provide PC type gaming experience. The gaming experience of PUBG Mobile is almost the same as PUBG PC. This is another thing which played a crucial role in the success of the popular battle royale game.

#4 Freedom to play the game from anywhere

Well, mobility is another biggest thing which played a massive role in the success of PUBG Mobile. Since the game is optimized to run on mobile devices, users can play the game from anywhere. Not just that, but PUBG Mobile also allows users to play with PC users who are using emulators as well.

PUBG Mobile is an online multiplayer game where you will be playing with 99 other players. The game allows users to team up with four people, which means you can play the game with your friends or family members as well. Not just that, but to communicate with team members, PUBG Mobile also got voice and chat feature too.

So, these are the 6 reasons why I think PUBG Mobile is the best and hottest battle royale game right now. Let us know your opinion in the comment box below. 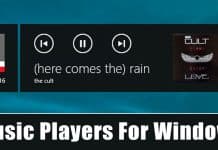 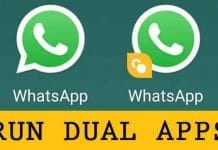 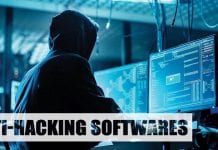