Windows 10, since its launch, has been the subject of several evolutions in a continuous and constant way. And now the tech giant Microsft has announced that its new extraordinary and most awaited novelty “Timeline” is ultimately coming to Windows Insiders.

Windows 10, since its launch, has been the subject of several evolutions in a continuous and constant way, being more noticeable this development in the major updates of the operating system.

The Timeline was a long-awaited feature for users, however, the tech giant Microsoft will not be able to bring it to Fall Creators Update, which will be released on October 17th. However, users belonging to the Insider program will receive functionality over the coming weeks.

Timeline allows users to access all the history of actions they have taken on their Windows 10 device. From documents, videos and online browsing history, all of this is in the Timeline and can be easily accessed by the user, even in this menu process.

As previously confirmed and explained by the tech giant Microsoft, Timeline will be released in the coming weeks as part of the Insider program builds on the next major update of Windows 10, Redstone 4. Common users will be able to access the Timeline in the next major update of Windows 10, following Fall Creators Update, due to it will be released in the first half of 2019. 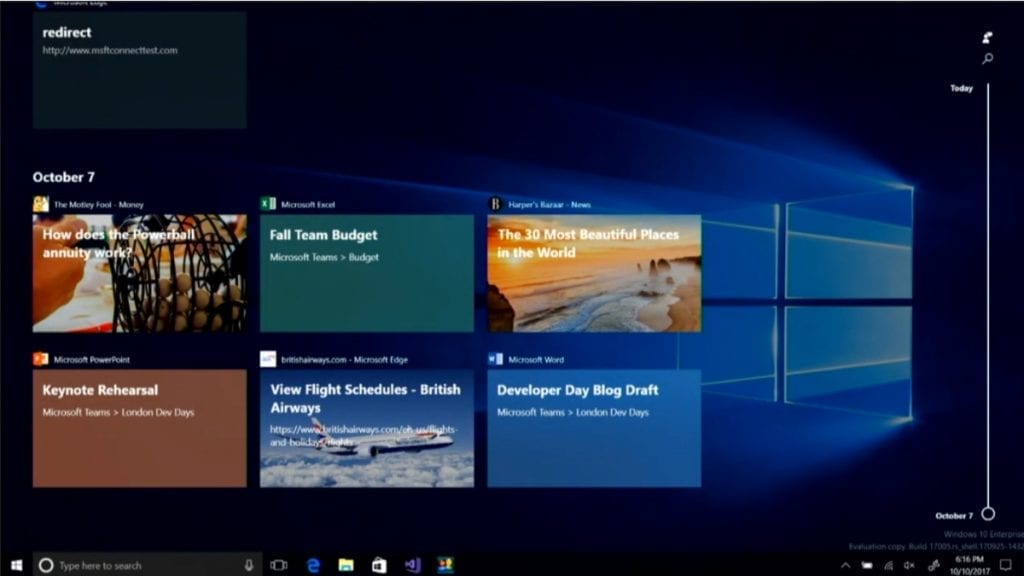 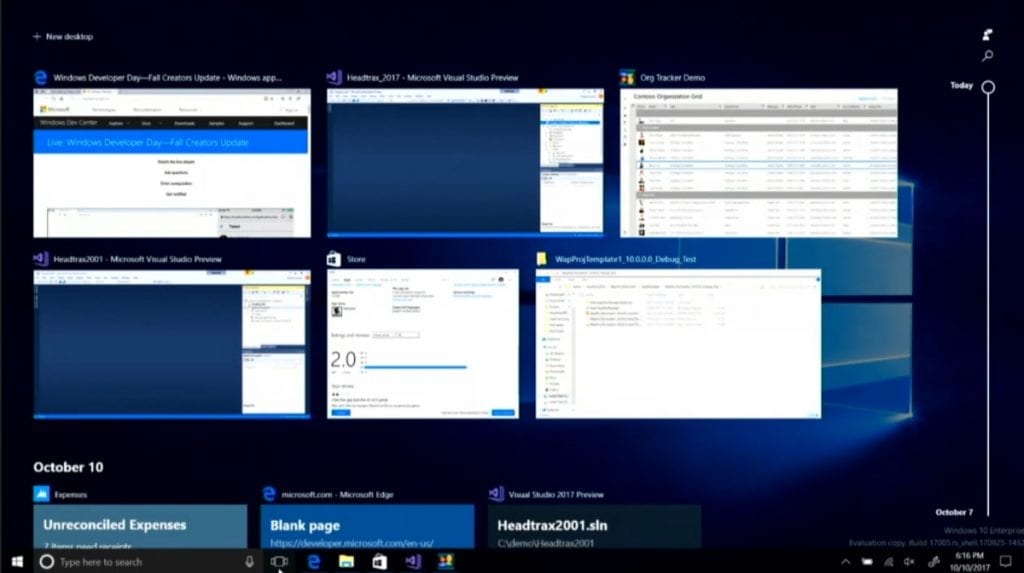 In the Windows Developer Day event, the tech giant Microsoft showed Timeline again. Kevin Gallo showed this to be running on Redstone 4 build 17005 and announced that it will soon be available for use and testing by Insider users.

The timeline presented did not vary much from what was shown at the Build 2017 conference. Gallo just noted that Timeline can be accessed through an icon in the Taskbar and that it will have a search mode to use it to find some process or action in particular.

The timeline will be undoubtedly one of the great new features in the next Insider build, and when it’s released to the general public, it may become one of the most useful and used features in Windows 10.