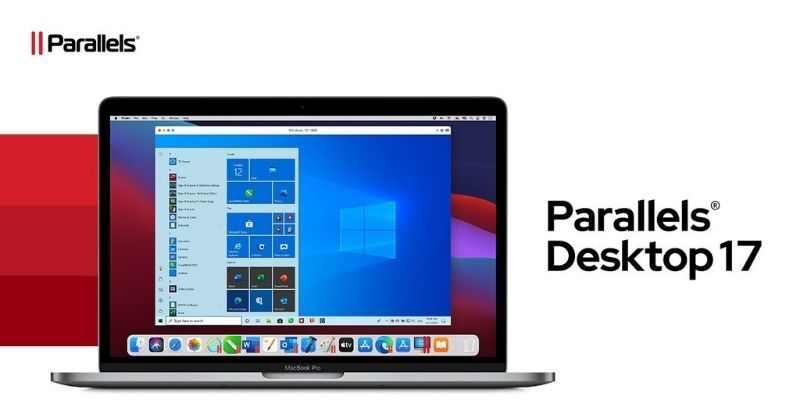 Microsoft is all set to bring the new Operating System, Windows 11. However, it is only available for Windows PCs/Laptops, but it is coming to Macs also. Yes, a new Parallels Desktop 17 is bringing Windows 11 to Mac systems.

A Parallels Desktop 17 will let the Mac users use the upcoming Windows 11 on the Mac desktop. As Parallels supports both M1 Macs and Intel, so Mac users can use the next version of Windows. Also, the Windows 11 preview can be used if you can’t wait for the official release.

Corel has announced the latest version of the virtualization software, the Parallels Desktop 17 for Mac. This platform was recognized last year when Apple started transitioning its Macs over ARM processors. This means you don’t need to use Boot Camp to run Windows on Mac. You can use Virtualization software like Parallels.

A Senior Vice President of Engineering and Support at Parallels, Nick Dobrovolskiy, said,

He added Parallels Desktop 17 for Mac provides great performance and stability improvements. It has easy-to-use features on Apple M1 Mac and Intel.

The best thing is, it supports both Windows 11 and macOS 12 Monterey. Parallels Desktop 17 is better and faster; according to Corel, the product is 38% faster to start while running Windows, Linux, and macOS.

There are also improvements on the silicon in the Mac. To start Windows 10 on Apple Silicon Mac, it is 33% faster, and disk performance is 20% faster. Windows can run 64-bit apps in emulation.

Even the gaming on Windows will be improved by the new display driver. You will get better frame rates in 2D games like Smelter and Foregone. Also, the Coherence Mode is improved. It allows you to run Windows apps in windows with Mac apps. Moreover, you can easily drag and drop the content between Windows and macOS.

As it’s not free to use, let us check out the pricing details of Parallels Desktop 17 for Mac.

The price for Parallels Desktop 17 for Mac is $49.99 if you upgrade from a perpetual license. For a new perpetual license, the price is $99.99. A new subscription per year costs $79.99. The Parallels Desktop for Mac Pro Edition is $49.99/year that can be upgraded from the existing edition. And a new subscription price is $99.99 per year. And the price for Mac Business Edition is $99.99 per year.