It looks like, LG had kicked off the year with yet another innovation, as the well-known South Korean giant LG has just announced the world’s first 65-inch OLED TV that you can roll up like a poster and take it with you anywhere you want.

Contents show
Meet The World’s First Rollable OLED TV
But how good will be a folding screen?

Whenever we talk about Televisions, Sony and LG have dominated the section. In recent times, we have seen LG is pushing TV displays to ever-greater sizes and resolution.

For many years now we have seen LG (also known as LG Electronics Inc. which is a South Korean multinational electronics company headquartered in Yeouido-dong, Seoul, South Korea) pushing the limits of technology on screens.

Who does not remember the South Korean giant LG’s G Flex curved screen that appeared in 2013 and the furore created in the smartphone segment?

The South Korean giant, of course, LG has now introduced a 65-inch 4K TV (Television) that can be rolled up like a high-tech sheet of paper.

Whoever follows this world of technology, remembers sure a few years ago the well-known South Korean giant LG Display showed a captivating and futuristic 18-inch OLED screen that could be rolled up just like a newspaper. Now, the company, of course, the well-known South Korean giant LG wants to take a leap forward in what we call TV (Television) and brings us much more than a “rolled-up newspaper”.

The South Korean giant LG’s suggestion involves a fantastic 65-inch OLED 4K screen that can be rolled up like a projection screen.

This large TV (Television) will be presented at CES (The International Consumer Electronics Show) 2019 and promises, even in the prototype stage, to leave marks. 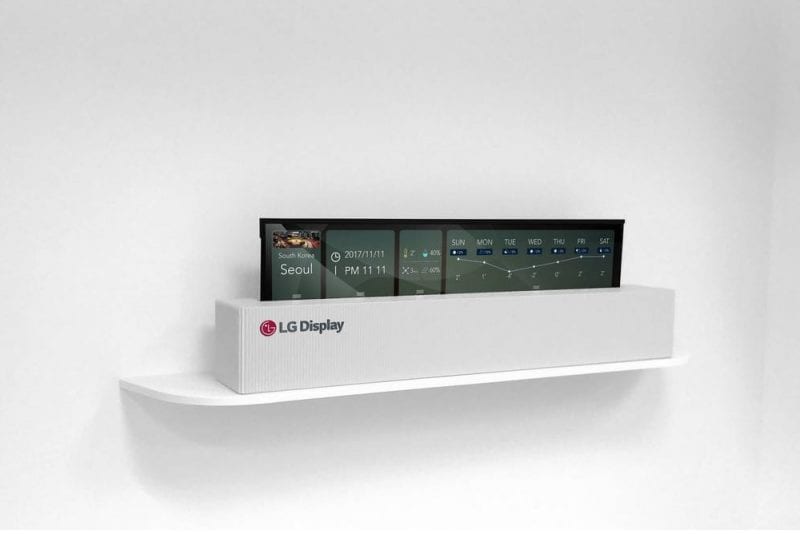 But how good will be a folding screen?

There are so many scenarios that allow us to bring innovation to so many areas. One is the ease of being able to carry this “magic screen” anywhere, imagine all that can be done!

Placing this screen in various media will allow us to design new forms of advertising, new forms of information monitors, new places where we pass the TV with the quality images.

As a prototype, this device still does not have great information on the market, it is not known for now the price in which this new extraordinary TV will be commercialized or even if there will be the interest of the South Korean giant LG in launching this concept to the market or not, however, we will follow this promising technology.

So, what do you think about this new and extraordinary TV (Television) of the well-known South Korean giant LG? Simply share all your views and thoughts in the comment section below.