As we all know very well that on September 29th a French citizen of 29 years old, entered the Apple store at the Mall of Toison d’Or in Dijon, France, and with a metal ball, the man smashed and destroyed several Apple devices exhibited in the store. But, now he was sentenced to pay $19,000 dollars.

Contents show
The Man Who Destroyed The Apple Products Sentenced To Pay More Than $19,000
Apple Asked 65,410 Dollars As Compensation

The Man Who Destroyed The Apple Products Sentenced To Pay More Than $19,000

Last September on 29th, as we known that a French citizen, 29 years old, entered the Apple store at the Mall of Toison d’Or in Dijon, France, and disgusted with the assistance of Apple who decided to make law into their own hands. With a metal ball, the man smashed and destroyed several Apple devices exhibited in the store.

Yesterday, the Criminal Court of Dijon condemned the man for his actions and various sanctions were applied, including damages to Apple worth $19,130. 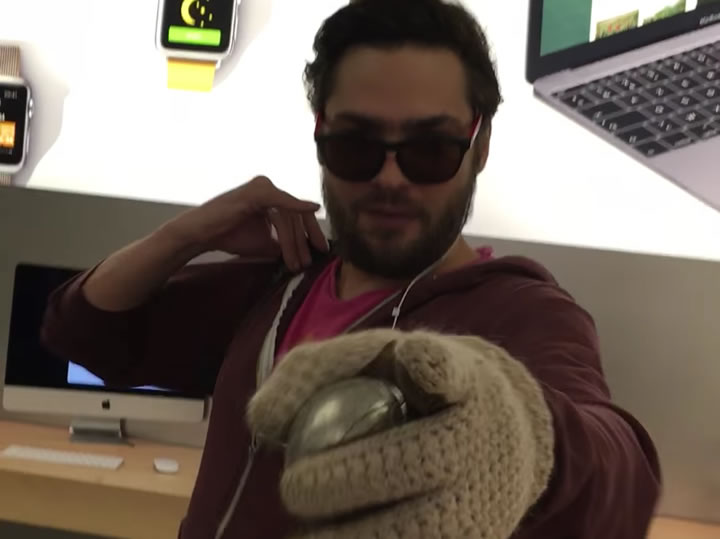 The 29-year-old man who destroyed many products displayed at the Apple store in Dijon with a metal ball was finally sentenced yesterday by the Criminal Court of the city about six months of suspension.

“I was in a state of angry monster,” Destroyer said at the helm of Dijon court.

The man also said that his state appeared due to the humiliation he felt after the US giant refused to refund the price of an iPhone, even they also showed that he may have purchased the defective. Methodically, as concluded in court, he entered the store with a metal ball, wearing gloves, and destroyed many Apple devices that were placed on exhibition.

In addition to 6 months suspended imprisonment, he was also sanctioned with a fine of $328 for assaulting a mall security, prohibition of attending the shopping at Dijon for two years and will have to pay compensation to Apple $19,130 for damages.

The Cupertino company had estimated its loss of around 65,410 Dollars. However, the judge claimed that the articles of being destroyed exhibition material, the value could not be considered for new because they are not for sale. Thus, the price would be charged only for the production cost.