The year ends and little by little we can already begin to intuit how the beginning of the next one will be. As recently, the tech giant Microsoft just stated that the folding devices or smartphones are the next big thing of this era.

Contents show
Microsoft Explains Why Folding Phones Is The Next Big Thing!
The double screen, the future according to Microsoft

Microsoft Explains Why Folding Phones Is The Next Big Thing!

The year ends and little by little we can already begin to intuit how the beginning of the next one will be. This 2017 has been marked by an evolution in the design of smartphones that has revolutionized practically the entire industry. With very little room for improvement, companies such as the tech giant Microsoft are already looking for new ways to continue innovating and tasting an increasingly demanding consumer.

And to go beyond the visual aspect and some more subtle novelties, smartphones have not taken a big leap. Every time there are fewer users that buy a device every two years because really there is no need. It is precisely for this reason that companies work very hard on alternatives that may come to surprise and fall in love with increasingly conservative users.

The double screen, the future according to Microsoft

Although the tech giant Microsoft has stayed out of the development of a competitive smartphone, has often been in the spotlight. With the recent publication of a patent by its research and development team, the rumours about a possible terminal this future year 2019 have not been slow to arrive. In fact, the rumours are more alive than ever after the following official statements made by the firm, of course, I am talking about the tech giant Microsoft.

“It seeks to improve the benefits but at the same time also demand larger screens to provide a better user experience. The screens of mobile phones have grown in size to the point that they occupy almost the entire front surface of a smartphone. If you want to increase the size of the screens, even more, you should increase the size of the phones too much. This is not desirable since the user wants their mobile phone to fit in the hand or pocket of a shirt or pants.”

“In this sense, dual-screen devices are becoming increasingly popular. The use of the double screen allows the mobile phone or tablet to include an open and expanded position and thus the two screens allow the user to experience the use of a single integrated screen. When closed, both screens can be protected. And in another totally open position, the dual screens can be placed one behind the other so that the user does not have to flip the device to see the screen.” 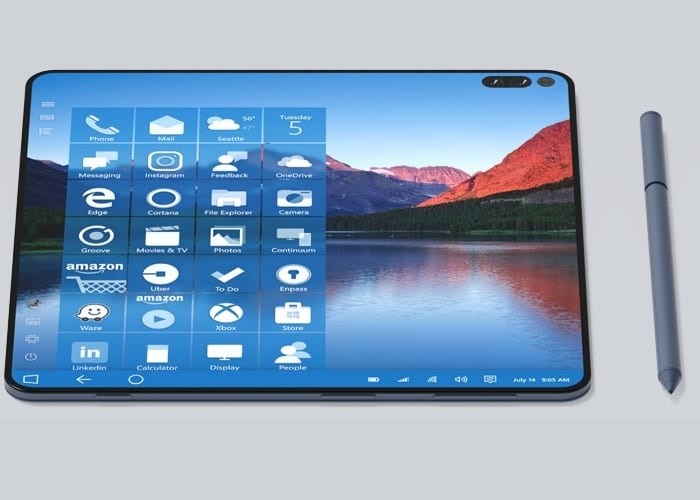 So, what do you think about this statement which is made by the tech giant Microsoft? Simply share all your views and thoughts in the comment section below.