We all know very well that the tech giant Microsoft Edge is the new browser from Microsoft and currently it is being used by Microsoft to show the quality of their applications.

For this, it has been used several times to show that it is better than competitive offerings.

Microsoft Edge is the new browser from Microsoft and currently, it is being used by Microsoft to show the quality of their applications. For this, it has been used several times to show that it is better than competitive offerings.

But beyond the direct comparisons, Microsoft also uses Windows 10 to make these comparisons. For this, we used this OS alert system that started now with alerts regarding security. There have been many comparisons made between Edge and competing browsers. The focus has been on battery consumption and energy efficiency, but other areas have also been covered.

To remind users about the capabilities of Edge, Microsoft has resorted to a Windows 10 notifications system, which directly from the application bar, allows it to display information to users.

After the well-known battery consumption advisories, it arrived during the summer of this year, now there are reports about the safety of the Edge, comparing it directly with the Chrome, Firefox and other competitors.

These alerts appear when users launch other browsers than Edge and shows that Microsoft’s Edge browser is 21% more efficient blocking situations of social engineering to obtain user data.

These alerts began to emerge at the beginning of last month, according to Microsoft reported, and is not limited to Firefox, there are also similar notifications for when Chrome is launched.

How to disable alerts Edge

These are notifications that Windows 10 can display and want to inform users that Microsoft considers important and useful. All users of Windows 10 that do not want to use can disable them in a simple way. Simply access the Settings -> System -> Notifications and actions. 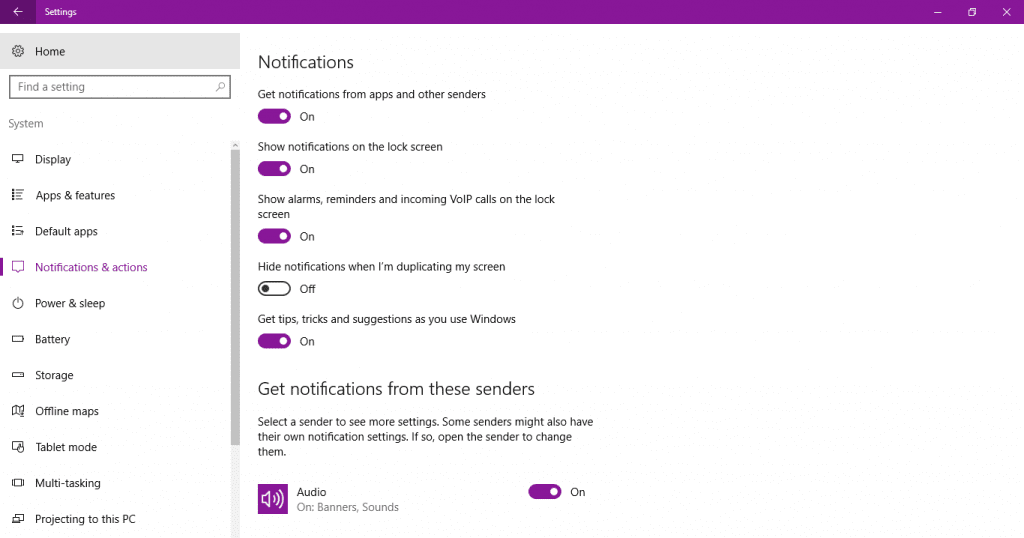 Look after the option that gives access to “tips, tricks and suggestions” simply disable it. Immediately after disabling the option these little tips will be no longer displayed.

These notifications that Microsoft consider to be useful to users, have been already used by other partners such as Facebook, which recently showed information about its videos. Microsoft already has them used to promote its products, which has not been well accepted by the users.