We all know very well that Antutu is the application that evaluates the performance of smartphones and recently, it has now revealed the list of the most powerful devices of January of this year (2017).

The smartphone market is constantly being stuffed with more and more powerful news and features. This is the natural evolution, and that leads to competition between brands exists.

Antutu is the application that evaluates the performance of these devices and which has now revealed the list of the most powerful devices of January of this year (2017).

Antutu’s list is based on the tests that were performed during the month of January 2017, using the average score of each of the models. Data for January reveals that the first month of the year is not rich in news, brands are waiting for the spring to launch new products. 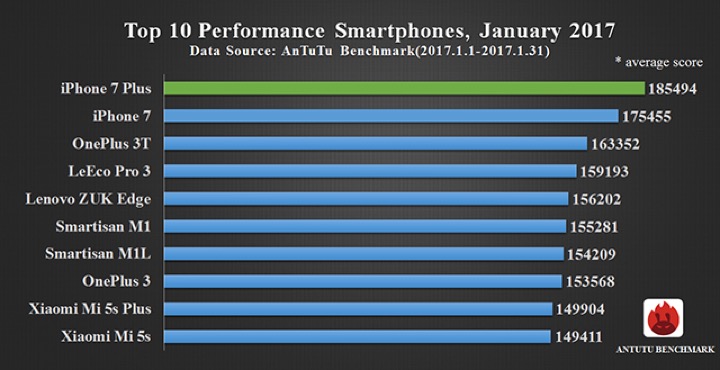 The list continues with Android devices, most of them Chinese. The Top 5 is finished with two more equipment, LeEco Pro 3, which has 159,193 points and Lenovo Zuk Edge, which has 156,202 points.

The iOS universe according to Antutu 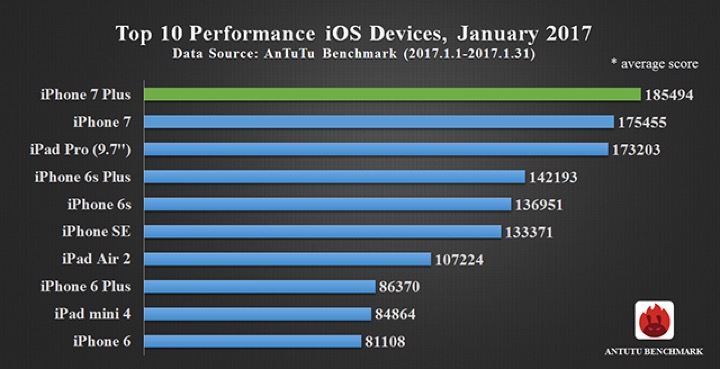 The Android universe according to Antutu 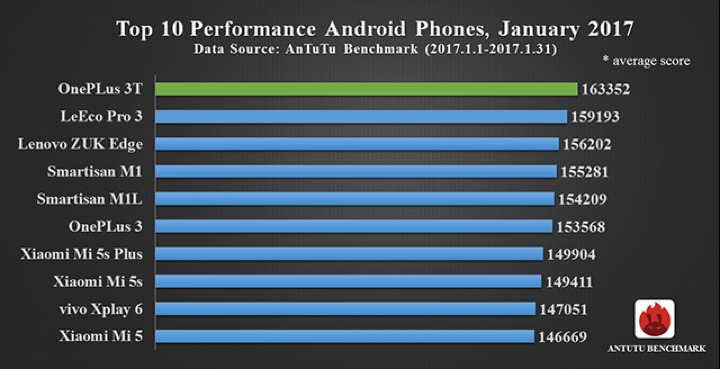 While not being upgraded, Apple’s device processors show that they are above what the competition offers, according to Antutu data. This domain has been constant in recent months. But the Samsung are coming to get as well as many new features to present in Barcelona at MWC 2017.