Recently, the tech giant Apple revealed to the world the date of its next annual conference dedicated to the programmers and where it is very likely that it will make known to the world several important news.

The tech giant Apple has only 2 or 3 moments in the year when it comes to the public to show off their new products and be close to their community. These are moments that everyone expects and that are known to be special, as a rule by what is presented.

WWDC is the conference where Apple’s programmers know the news and this year should be no different. It is already scheduled and will take place from 5 to 9 June.

Recently, the tech giant Apple revealed to the world the date of its next annual conference dedicated to the programmers and where it is very likely that it will make known to the world several important news.

It will be between the 5th and 9th of June that the entire Apple developer community will be gathering, sharing experiences and getting to know the brand’s new features.

As it is normal at WWDC, Apple should bring some news of software and operating systems. It is expected the arrival of the several times spoken iOS 11 and also the next version of macOS. The tvOS and the watchOS will also be the target of news.

In addition to these new features, there may be others based on hardware that has already been talked about for some time. Apple’s own invitation, sent to the press, opens the game a bit, but without revealing anything concrete, as it is normal for Apple.

Technology alone is not enough. Technology must intersect with the liberal arts and the humanities, to create new ideas and experiences that push society forward. This summer we bring together thousands of brilliant minds representing many diverse perspectives, passions, and talents to help us change the world. 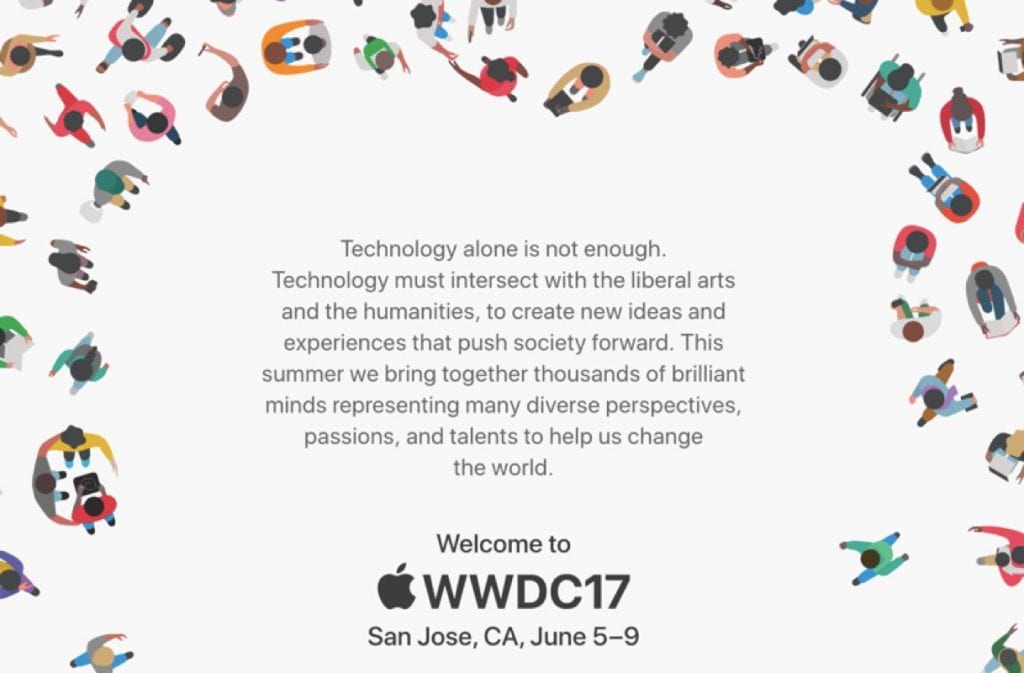 The big Apple conference dedicated to programmers is scheduled for the first days of June. It will be 5 days where Apple’s many new features will be detailed and showcased ways to use them in the real world, integrated with apps and more comprehensive solutions.