As usual with the launch of the new Apple devices, the team on the iFixit website dismantled the device and publicly announced everything that comes inside the Apple iPhone 8.

As already known, the new iPhone 8 comes with a 4.7″ IPT multitouch Retina HD display, with resolution 1334×750 (326 PPI), Touch ID, IP67 rating according to IEC 60529 standard, stereo speakers and with the new A11 Bionic processor with integrated M11 motion co-processor.

The new CPU is 64-bit and comes with six cores (2 high performance and 4 high efficiencies) achieving a superior performance.

The tech giant Apple does not usually reveal the amount of RAM it places on its devices. However, according to iFixit, the new iPhone 8 comes “barely” with 2GB of LPDDR4 RAM, which seems to be more than enough to ensure super-performance. 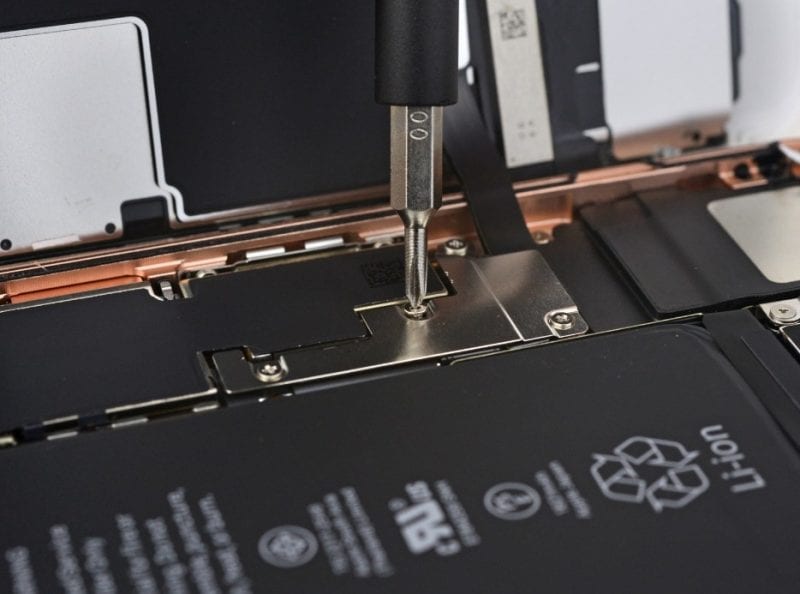 The battery of the iPhone is 1821mAh which, in terms of capacity, is lower than the iPhone 7 which has 1960mAh. In a brilliant way, the tech giant Apple guarantees that the iPhone 8 has the same range as the iPhone 7.

In addition to RAM and battery capacity, the iPhone 8 also comes with a Qualcomm MDM9655 Snapdragon X16 LTE modem (which allows Gigabit speed on the LTE interface).

According to iFixit, the degree of arrangement or the score of repairability is 6 (on a scale of 0-10, where 10 is the easiest level of repairing). So, what do you think about the new features discovered in the iPhone 8? Simply share your views and thoughts in the comment section below.