We all know very well that there are lots of news and feature that makes macOS, the tech giant Apple’s operating system for desktops/laptops one of the most complete OS. However, now according to the latest reports, the tech giant Apple just launched a new version of macOS.

The new macOS 10.14 already has a name and, according to the tech giant Apple will be called Mojave. Some of the news had already been revealed in some rumours, such as the integration of a “Dark Mode” but there are other news that makes this operating system for desktops/laptops one of the most complete.

There is a new version of macOS coming up that will be called, Mojave. After the sea and the mountain, the tech giant Apple is “inspired” in the Mojave Desert, an arid and driest desert in North America.

As we had already revealed, the new MacOS 10.14 will have a Dark Mode. “This feature, aimed at protecting users’ eyesight, will allow you to use the system more comfortably in low-light settings, such as at night.”

Craig also revealed that this new feature is much better than the Dark Mode of Windows 10. 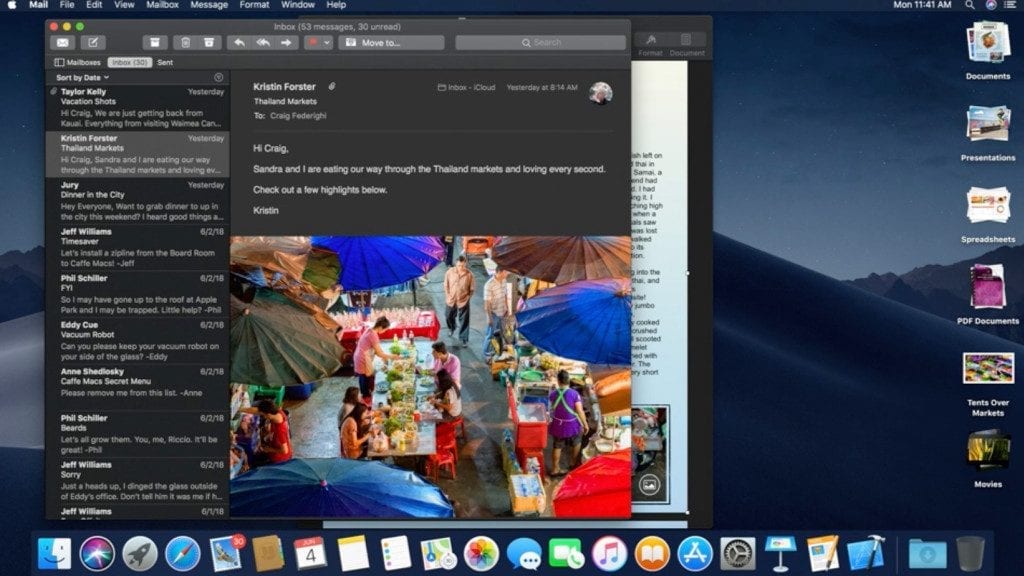 The Finder has also been updated and will offer more features. The file manager will gain a new information sidebar (where you can see metadata) on the right side if you are viewing a photo. New quick actions will also be presented.

You can rotate photos and make basic changes to photos within the Finder itself. 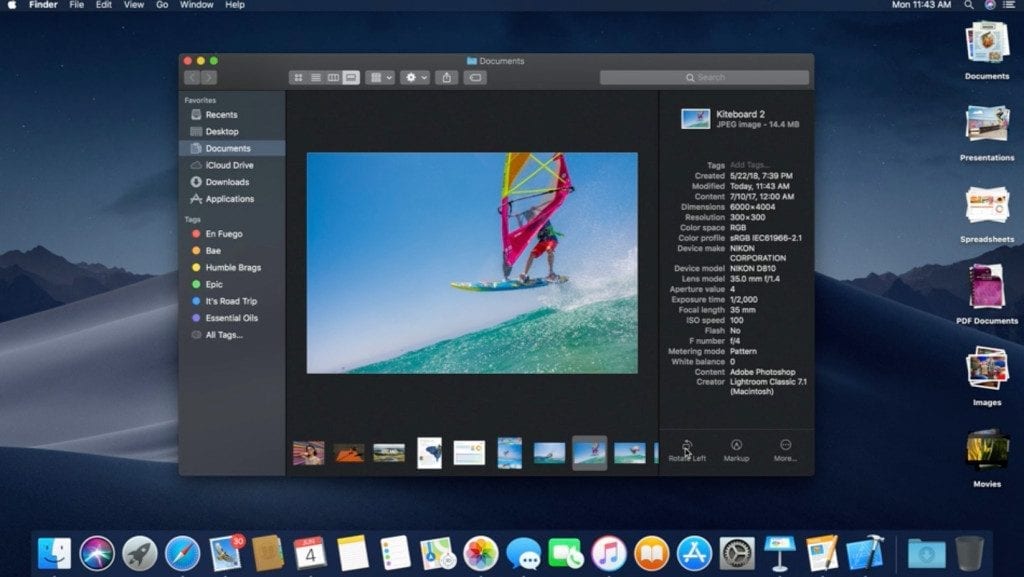 With the new macOS Mojave the tech giant Apple has made some features available that will better organize the work environment.

The tech giant Apple’s application store for MacOS gets a new image that looks more like Apple News and Voice Memo. Product pages have been redesigned, apps get ranked.

With the goal of being one of the safest operating systems in the world, the tech giant Apple has integrated a number of security mechanisms including camera access protection, microphone access, e-mail database access, message history, and other sensitive information.

Safari has also been upgraded to include a number of mechanisms that ensure the best browsing safety for users as well as saved data.

Registered programmers will have access to the new MacOS 10.14 beta as of today.