As we all know that the Cyanogen Inc. is a well-known company in the technological environment and also being responsible for one of the most popular ROMs, the CyanogenMod. But, Cyanogen Inc. will be conducting an internal restructuring which will result in the dismissal of a large proportion of the workers, especially the Open Source area.

The Cyanogen Inc. is a well-known company in the technological environment, being responsible for one of the most popular ROMs, the CyanogenMod. According to some sources, the Cyanogen Inc. will initiate a restructuring process and considers a new strategy for the company.

The Cyanogen Inc. is a company which was created almost three years ago, by a group of developers of CyanogenMod who wanted to give a more commercial orientation to the experience gained in the development of ROMs for Android.

The best-known product of this company is the CyanogenOS, an operating system based on Android and through a partnership with some smartphone manufacturers, it starts getting equipped with some devices with which we are already familiar, such as the OnePlus, YU, Lenovo and Bq X5.

According to some advanced sources quoted by Android Police that, the Cyanogen Inc. will be conducting an internal restructuring which will result in the dismissal of a large proportion of the workers, especially the Open Source area, which may even shut down, as well as some quality workers of the area and user support as well.

In total, they have been laid off 30 of 136 employees spread across the world, representing about 20% of the workforce of the company. In addition to layoffs, some smaller offices, such as the Lisbon and some in India, are being closed. Hence, these figures may still increase in the coming days.

On the basis of this restructuring is a strategic shift that the company intends to implement, centering the focus on developing apps. This new direction could mean a focus on initiative Mod, a new project of the company is a platform that opens the Android framework of CyanogenOS, allowing for greater integration of applications and services in areas of software that are normally closed.

After some problems encountered with some partnerships like OnePlus, and some models planned with CyanogenOS that never came out, this may be a new attempt to forward the Cyanogen Inc. again for the most successful destination. 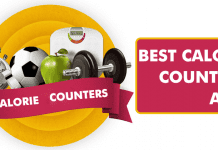 WhatsApp Multi-Device Support Will be Limited to Web & Desktop Version

How to Enable Dark Mode On Snapchat for Android & iPhone

How to Unblock & Watch Hulu Outside the US (3 Methods)

Bug in iOS Permanently Disables the Wifi Connectivity, Here’s How to Secure