When Samsung, Apple, LG, Xiaomi and many other firms opted to launch “Bezel-less” smartphones, the Japanese tech giant Sony was the only company that went through this fashion. Today, however, they may have changed their minds.

Mobile telephony has been characterized, with the emergence of smartphones, to offer alternatives to all consumers under different ranges of models. Thus, we always find a low, a medium and a high range.

In the upper range, we find the flagship smartphones of the manufacturers, which contain the best technology that year can offer developers. On the average, there are teams that offer a balance in the cost – performance ratio and that often fall within the support plans offered by the companies.

Finally, there is a low range, aimed primarily at those who look for more than affordable smartphones, without putting the emphasis on technical specifications.

But, now apart from all these things earlier when the South Korean giant Samsung, the tech giant Apple, the South Korean giant LG, the Chinese smartphone manufacturer Xiaomi and many other firms opted to launch “frameless” mobiles or you can say Bezel-less smartphones, the Japanese multinational conglomerate corporation, Sony was the only company that went through this fashion. But, today, however, they may have changed their minds.

Indeed, today the Japanese multinational conglomerate corporation, Sony is news reason thanks to the leak of its possible next terminals, that is, the next members of its range of Android smartphones of Xperia series.

This will be the next Sony Xperia

Specifically, it has been GizmoChina who has brought to light two photographs (not renders) of two new phones supposedly Sony Xperia. Both are bezel-less and both seem to have a double back camera, but if we look closely we will see that they are also very different at the same time.

The first of the two, located to the right of the photograph, seems to have a matte black, that is, a non-reflective finish with a circular fingerprint reader on top. It seems that finally, Sony leaves behind the fingerprint readers on the sides. 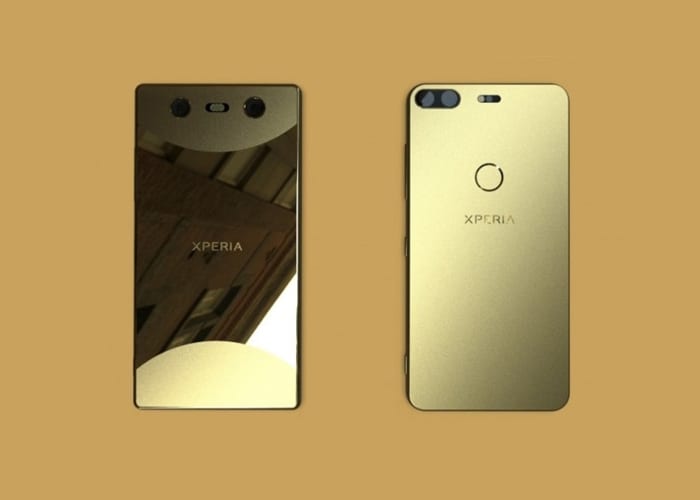 The second, located to the left of the photograph, is the most “weird” of all. In the first place, because it has the two rear chambers separated by the sensors, and second because its rear part seems to be formed by that matte material of the first device next to a reflective glass finish. A curious combination!

We can not say much about the front of these two phones. Judging by the appearance and the size of the panel, I would dare to say that the mobile on the right will be the top of the range. In fact, the source speaks of a screen with an 18:9 ratio of 5.7-inches with 4K resolution.

It also intuits other features of these two new Sony Xperia smartphones, such as 6 GB of RAM, the Qualcomm Snapdragon 845 inside, Android 8.0 Oreo or USB Type C. Its price, taking into account what has been said, will be about $950, that is, Rs.60,000.

So, what do you expect from Sony’s high-end smartphones this year? Simply share all your views and thoughts in the comment section below.