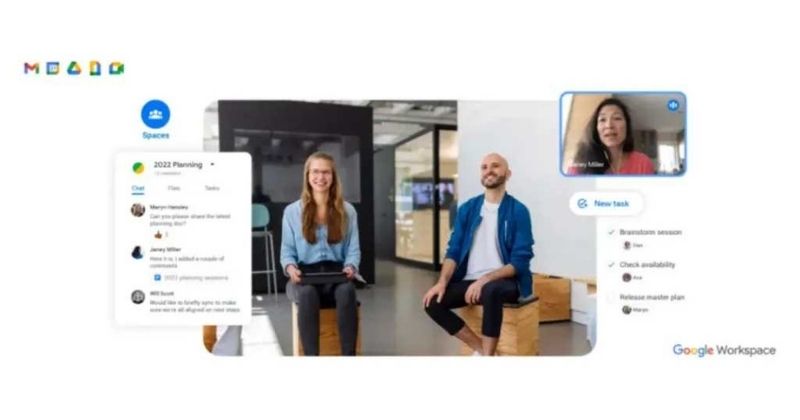 Google is bringing a major change in its Gmail app by adding a feature of making voice and video calls. All the users will be able to make calls via Google Meet from the Gmail mobile or web apps.

The update comes as a part of a drive to introduce more Workspace features on the Google suite apps. First, the feature will be coming to the Gmail app and not on Google Meet. However, Meet will later get the ability to make VoIP calls.

With other updates, the major one is a redesigned Gmail app that will not just be an email service. The voice and video calls through Gmail will be done via Meet in the Gmail app.

Google has also announced other features like integration in the latest Workspace tools in the Gmail app that will have three tabs in Chat, Spaces, and Meet. The calling feature will allow the users to place one-on-one calls without generating a meeting link.

“Our intention is to bring Meet calling to all the natural endpoints in Workspace where you’d initiate an ad-hoc call including chats, people cards, and Spaces, but this will come first to one-to-one chats within the Gmail mobile app”.

According to the reports, Google is building Gmail as a central hub for all work-related apps. Apart from sending or receiving emails, at present, the app allows the users to conduct personal and group chats, video conferences, and now calls.

In Gmail, under the Meet tab, there is an option to start or join a virtual meeting. Soon, an option will be added under the same tab for making calls. Once the feature is live, you can make personal voice and video calls to a single contact from the app, just like Skype or Google Duo.

The feature for making calls is now available for enterprise users, and regular users will be getting the update soon.