We all know very well that the tech giant has always sought to lighten its operating system so that it can be used on any hardware, with more or fewer resources, in a fluid and functional way. Hence, recently, according to the latest reports, the tech giant Google just launched a new faster version of Gmail.

The tech giant Google has always sought to lighten its operating system so that it can be used on any hardware, with more or fewer resources, in a fluid and functional way.

However, after several previous experiences, recently, the tech giant Google finally launched the “Android Go”, a new version of the Android operating system that embraces not only a new OS but a new philosophy.

This new version of Android embraces several fronts of this operating system. It is basically designed for the devices with fewer features and less possibilities to perform all the functionalities.

That’s why they created deep changes to the kernel and other elements, making them suitable for 512MB or 1GB of RAM.

As we told that the tech Google’s Android Go is a simplified version of the system for devices that have between 512 MB and 1 GB of RAM. It comes with a suite of Google apps optimized to take up half the space.

Little by little, now the tech giant Google has been releasing their Go apps in the Play Store. The latest is Gmail Go, which Android Police had the opportunity to test.

The Gmail Go occupies 24.8 MB after being installed with 47 MB of standard version – is almost half. Still, it has the same interface and features you would expect.

You can select multiple items by holding them with your finger; slide to archive/delete emails; and write formatted messages (bold, italic, coloured background, etc.). The home screen icon has quick shortcuts to compose a new email. 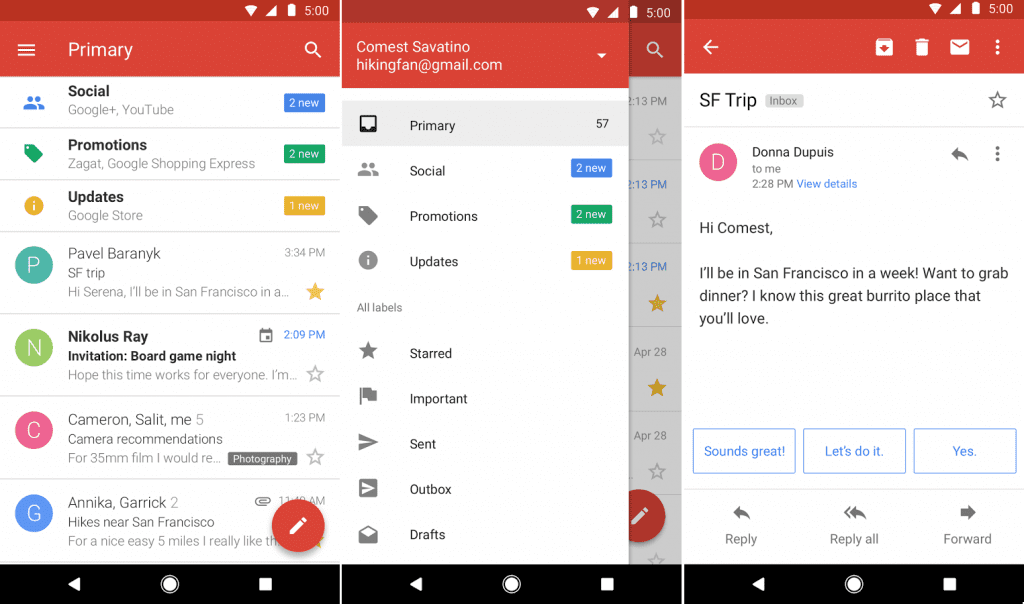 However, as TechCrunch notes, there are a few gaps in the scrolling – it’s possible it’s a webapp rather than a fully native app. Plus, it syncs fewer days of emails and attachments to consume less data.

Gmail Go works only on Android 8.1 or higher since Android Go is based on that version.

In recent months, the tech giant Google has been releasing Go versions of its top apps, that includes:-

Some of these apps (Google Go, YouTube Go, Files Go) work on several versions of Android, while others require Android Oreo 8.0.