The tech giant Google has always sought to lighten its operating system, of course, Android so that it can be used on any hardware, with more or fewer resources, in a fluid and functional way. Hence, now it has created a new version of Android or you can say that it is a light version of Android.

The tech giant Google has just officially launched Go Edition, the version of Android Oreo aimed at smartphones or mobile phones with limited features. In this way, the developer intends to update and offer support to a universe of terminals that -in general- tend to be adrift in terms of updates.

Mobile telephony has been characterized, with the emergence of smartphones, to offer alternatives to all consumers under different ranges of models. Thus, we always find a low, a medium and a high range.

In the upper range, we find the flagship smartphones of the manufacturers, which contain the best technology that year can offer developers. On the average, there are teams that offer a balance in the cost – performance ratio and that often fall within the support plans offered by the companies.

Finally, there is a low range, aimed primarily at those who look for more than affordable smartphones, without putting the emphasis on technical specifications. The latter end up being left out of the future plans of the manufacturer and are very soon left behind without updates, as far as the software is concerned.

It is for that reason that Android developers have officially launched Android Oreo Go Edition, a version of the mobile operating system for terminals with basic features or you can say that device with basic specs and limited feature. The aim is, undoubtedly, not to leave these terminals abandoned in obsolete versions of software that can mean, for example, security and performance problems.

As detailed by several reliable sources, Android Oreo Go Edition is already available as part of the update to Android 8.1 and is specially designed for terminals of 1GB of RAM or less, which are the ones that will receive this version. 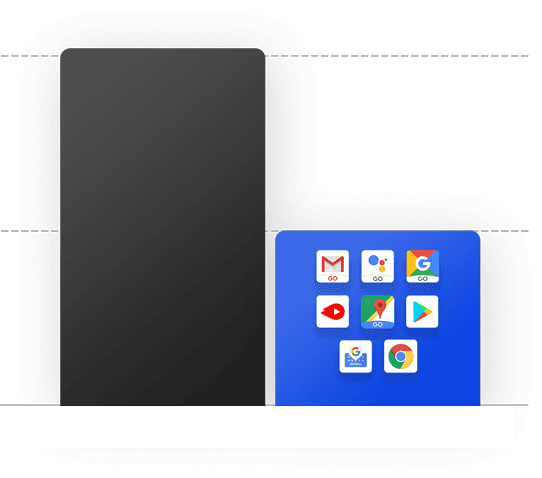 Go Edition was born as a solution to the process of updates and bases its existence on three fundamental pillars: improvements in the performance of smartphones under this distribution and an optimized storage, suitable and optimized apps for this segment and, in addition, a Google Play Store version that will allow the user to download applications designed to work better on Android Go.

It is important to highlight the importance that the developer is giving this version to the proprietary applications of Google, which have been optimized so that they can work correctly in low-end and mid-range models with limitations.

For this to work, the developer has emphasized better management of resources that are vital to the performance of the mobile phone: RAM, internal storage and security.

Therefore, in the new version of the operating system applications can operate 15 percent faster and, in addition, applications that come pre-installed factory occupy half the space than higher terminals.

So, what do you think about this new version of Android Oreo Go edition? Simply leave us each one of your views and thoughts in the comments section below.