One of the latest news announced on Android is slowly unfolding worldwide. Yes, I am talking about the security system, of course, the Google Play Protect, there are already users who have available this new security feature. But, for now, few users are able to enjoy this service, similar to a free antivirus for Android.

One of the latest news announced on Android is slowly unfolding worldwide. Yes, I am talking about the security system, of course, the Google Play Protect, the unified security service for Android devices created by the tech giant Google.

There are already many users who have available this new security feature to ensure that all the applications installed do not endanger the security of their Android mobile devices.

However, for now, few are able to enjoy this service, similar to a free antivirus for Android, but will be more in the coming days. This new feature of Android comes at the right time, just when malware seems to prey on millions of people who unknowingly download malicious applications from the Internet, even from Google’s own application store as well.

As, it simply appears on Google Play, both in the drop-down menu on the left and on the Updates tab. Basically, this new security system, the Google Play Protect automatically scans your mobile or tablet periodically for security threats.

It also does with all the new applications that it downloads and blocks by default those that contain some type of malicious code. It also includes the “Find my phone” option that the tech giant Google already offers if your mobile is stolen or lost. 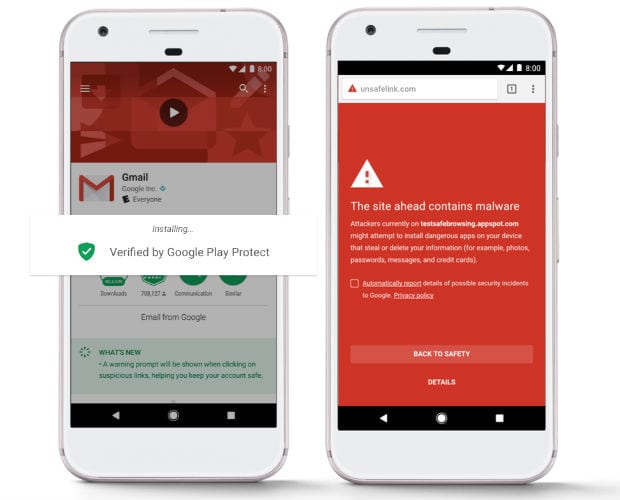 Its arrival is destined to turn the most popular and most used operating system, Android into a much more secure system, something that does not happen right now. The possibility of installing applications without going through Google Play and the laxity of the app store when it comes to maintaining quality standards are two of the reasons why this operating system is a paradise for ransomware and phishing.

However, you can simply enjoy this new security feature if you have Google Play Services 11 or higher. So, what do you think about this? Simply share your views and thoughts in the comment section below.