Later this year, from November 1, Android users who have the latest software or new smartphones will not be able to find or download the outdated apps.

At present, the new apps and app updates target an API that is not more than one version behind the latest one.

Outdated Apps On Play Store Will Not Be Seen Anymore 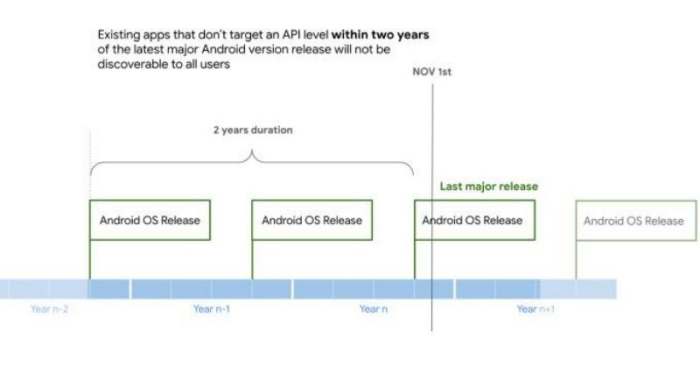 There are so many old apps that don’t support the latest version of the OS. With the latest reports, Google will not remove those old apps from Play Store but will block them from installing on the user’s device.

In a blog post, Google announced that starting from November 1, 2022, the apps that don’t target an API within two years of the latest Android version will not be available for users with new devices running Android OS versions high than apps target API level.

This change will affect only new users who have never installed the outdated apps. They will not come across those apps as they can’t search them or get them in the recommendations.

All the apps developers should keep the target API level close to the latest or recent android version; it allows the app to use the latest development features.

According to Google, this policy change will protect users from installing old apps that don’t have the late OS privacy and security protections. In the announcement, the company says most apps on Google Play already follow these standards.