Contents show
iPhone Owners Have Blind Loyalty And Will Buy iPhone 8 No Matter How Much It Costs
Buying a new iPhone
Will they buy the new iPhone 8?

Loyalty to smartphone brands is something that has been around forever. This results from the satisfaction of customers and the quality of the equipment that the brands launch and that these use.

With the new iPhone almost coming, the first surveys begin to appear to the market, this is because an iPhone is expected in the thousand dollars. Several companies have already begun to feel the pulse of consumers. Will the tech giant Apple continue with its legion?

Despite being just a survey of 2,000 users, data from Fluent, a digital marketing platform from the United States, show the empathy that the tech giant Apple users cherish for the brand.

The numbers are high and reveal that 79% of current iPhone users are considering buying a similar device in the future. This value is higher than that of any of the other brands present. 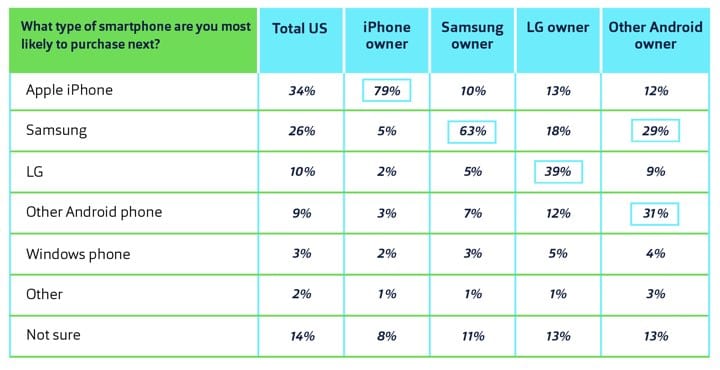 Only the South Korean giant Samsung approaches this figure, with 63% of users indicating that they will buy other smartphones of the brand. There is, however, an interesting detail appeared, in this case, 29% consider switching to another Android smartphone from another brand.

Will they buy the new iPhone 8?

The Fluent study has gone further and now that it is known that the iPhone 8 could be around $1000, questioned which users who equate to buy this model, much more expensive than the rest. Once again the number is high and 40% are considering the iPhone 8. 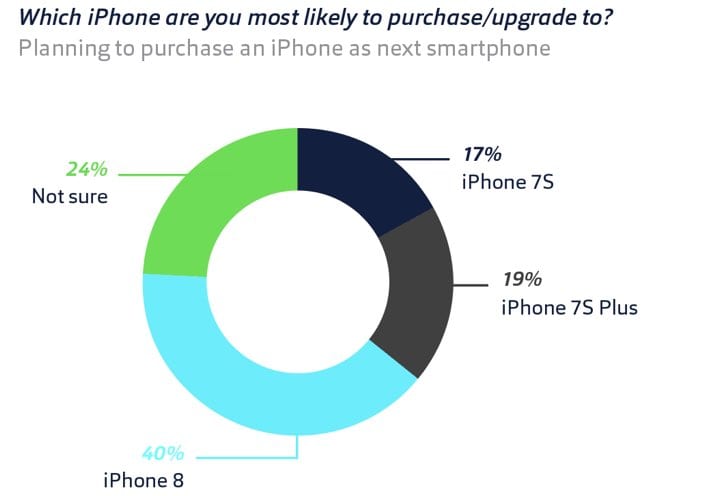 The justification for this choice and high fidelity to the iPhone are also explained in this study. According to most users, this option is due to thinking that the iPhone is the best smartphone in the market.

This study was conducted in the United States and surveyed more than 2000 iPhone users. Although geographically limited, it shows well the reality that can be found in other countries, also taking into account the experience of previous years.

So, what do you think about this study and iPhone 8? Simply share your views and thoughts in the comment section below.