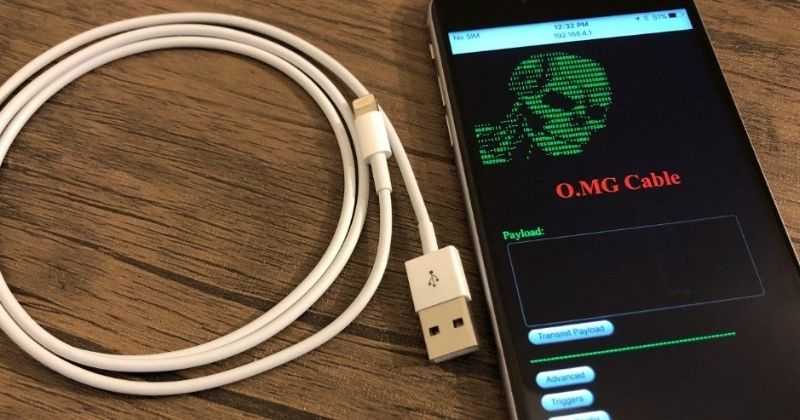 A new lightning cable is developed by security researchers that look exactly like a normal cable. The new cables are called  OMG Cables, which can be used to connect Mac keyboards, iPads, and iPhones. It can easily steal your data even if you are a mile away.

The OMG cables work by creating a Wi-Fi hotspot, and the hacker can connect it from its own device. The user interface looks like a normal web browser that allows the hacker to record keystrokes.

These cables can be used to hack your system and let the attackers compromise the security of the user. The OMG cables can steal your data and can inject malware into your devices.

Earlier in 2019, this cable was first shown at the cyber conference DEFCON. Finally, now the cables are available for sale via cybersecurity vendor Hak5.

Inside the OMG charging cable, there is a small chip that does all the work. The cybersecurity vendor has multiple variants of cable, like lightning cable, Type-C, Type-A, and more.

The creator of the cable, MG, told Motherboard that,

“There were people who said that Type C cables were safe from this type of implant because there isn’t enough space. So, clearly, I had to prove that wrong.”

The creators of the cable have improved this new OMG charging cable by adding some features. The features include changing key mappings and found out the identities of a specific USB device.

The USB identities make the system more vulnerable. There is also geofencing features that trigger or block’s the payloads of the device based on the physical location of the cable. This means the cables have in-built procedures if the device leaves an effective range.

OMG Cable is described as “built for covert filed-use.” The features that enhance the remote execution, stealth, the forensic evasion.