Linux Kernel security flaw has been discovered, and now the patches have been released by the original source from Linux Kernel.

According to the report, in the past three years, there have been tens of millions of users who run Linux kernel in small devices and servers, which are now found very vulnerable to attack by anonymous online attackers because it is always a privilege to exist defects, it does not require any Root Access.

Linux distributors said they would fix the defect within a week, but because of Android phones, there are some difficulties and embedded device updates, which means it will put many users at risk in the next few months or even years. 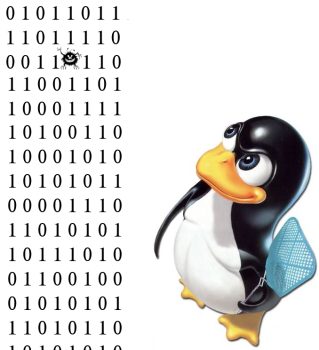 This vulnerability came into existence in 2013 during the early release of the 3.8 version of the Linux kernel, but until now, researchers found that it was only security vendor Perception Point. It has been reported that the defect has affected at least 66 % of Android devices.

This flaw allows hackers to have direct access to local access equipment, the highest authority in the operation of KitKat and later Android smartphones; malicious applications can wanton destruction of normal security mechanisms, access and even control the underlying operating system functions; embedded Linux devices are still vulnerable to security risks.

Despite this flaw, the affected proportion of equipment is relatively large, but has not found activity on the flaw exploited by attackers for Android users and did not cause too much impact after the test on some of the Android devices. However, Perception Point suggested that the relevant vendors will release patches for Android OS to make a shield against security risks on devices as soon as possible.

The hackers will attack any Android user now; as earlier, their main motive was to target Windows systems, but for now, it seems that they have changed their goal and will start attacking other operating systems.

“As of the day of the disclosure, the flaw affects tens of millions of Linux PC, server, and 66% of Android device (Phone/Tablet). Although we have not yet received any comments from Linux kernel security team to monitor the use of the defect attacks, However, it is recommended by equipment manufacturers release the patches from the source as soon as possible.”

Although the hackers mainly preferred to target Windows over the years, it seems that hackers are also concerned with other operating systems.