Learn how to make your Google Pixel’s Screen brighter up to 20% with the help of simple trick and app that will help you to get the maximum out of your brightness in your camera. Follow the below guide to proceed.

[dropcap]T[/dropcap]he Google recently launched its new series of smartphones i.e the Pixel series that carries with the all new operating system and with some amazing new features too. The built of these devices is also much more premium to that of other devices in that range and the quality of the hardware that is used is also of top class. Apart from that this has been noticed by the third-party testing that Google’s Pixel XL which is the top edge device from Pixel series is having the same display panel as that of Samsung Galaxy S7 Edge but there has been a comparatively low brightness of the display on Pixel XL. The brightness is tested to be about 10% less bright than that of Galaxy S7 edge and this is quite a large difference. This also affects the quality appeals of the new Pixel series but the real thing is that the issue is with the software of the device and not with the hardware because it is all same as that of S7 Edge. It means that this could be solved easily through some amendments, and the developer Flar2 made this possible although the Google haven’t provided it. The developer has found the method by which the Pixel’s screen brightness could be increased up 20% more than the default if you are also owning the Pixel XL device and wish to increase it’s battery then you would require that method. To know about the method, just read the article given below as we have written the method below.

How to Make your Google Pixel’s Screen Brighter upto 20%

The things you will require for this guide is a Rooted Pixel XL, ElementalX Kernel Installed. Follow the below steps to proceed.

Steps  to Make your Pixel’s Screen Brighter up to 20%:

1. Once you have made your device compatible according to the requirements by installing the ElementalX Kernel installed, you have to then install the another app named High Brightness Mode Widget which could be searched through the Google Play Store. Note that you should install this app perfectly because this would be required for the rest of the process.

2. Now after downloading this widget app from the Google Play store, you will need to place this widget on your home screen of the Pixel Device. While placing the widget on the home screen you would be asked for the Root permission for which you would have to grant it up by tapping on the Grant option of the message. This widget will then be able to make up the changes with the software and also get up the fullest access to the system potential without any limits.

3. The thing that this app does is simply increase the screen brightness by 20% whenever the widget icon is tapped by the user. If you also wish to increase the brightness of your Pixel device by 20% then you know it could be done simply by tapping on the High Brightness Mode Widget icon. On the other side if you wish to revert up the changes and make the brightness of your screen to the normal then you could do that by simply tapping on the widget icon once again.

4. On double tapping that widget icon you would notice that the brightness of your screen would be increased or decreased automatically by using the light sensor. Most of the times the high brightness mode is switched in the direct sunlight conditions which is probably the best part of it. That’s all about the app and it’s working and you have got up that this thing really is too simple and fast to be applied!

This was the method by the Flar2 the developer which you could also apply on your Pixel XL device and hence get it’s screen produce up the boosted brightness. Although the method is not made by the Google but you have to note that this won’t be affecting your device most probably and you could easily use it up for sure. Now if you haven’t yet tried up the method with your Pixel XL then go and try it up and give us your opinions! 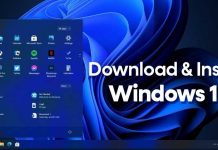 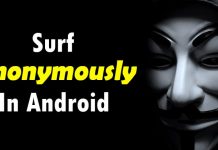 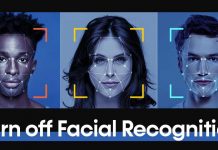