It seems that the well-known Chinese smartphone manufacturer Xiaomi resists for the moment to feature fingerprint reader and prefers to mount another technology that is being very popular in the final stretch of the year: 3D facial recognition like iPhone X.

The technology of biometric reading of the integrated fingerprint reader under the screen is a reality that we will see implemented in several brands during 2019. But Xiaomi resists for the moment and prefers to mount another technology that is being very popular in the final stretch of the year: 3D facial recognition.

For more than a year it has been rumoured that the high-end Samsung and Apple devices were to be the first to release an integrated fingerprint reader just under the screen. But as we have seen, it seems that the system did not finish being 100% functional and in the end, each company chose other alternatives to be able to make them compatible with their infinite screen designs.

Samsung kept the fingerprint reader back and gave it an iris scanner, and Apple discarded it directly in pursuit of its Face ID, a 3D facial recognition sensor that several Chinese brands are copying in their own way. 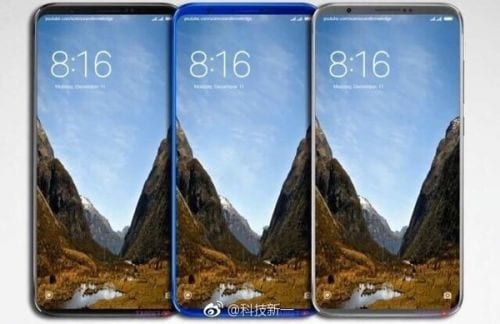 Xiaomi Mi 7 will not have a fingerprint reader

But just when we thought that the screen reader would never appear, the specialized company Synaptics announced it a couple of weeks ago, adding that it was in mass production and that one of the most outstanding brands in the sector would be the first to implement this new technology.

This brand is already known to be Live, and according to ‘insiders’ within the Chinese mobile industry, other brands in the country such as Huawei and OnePlus will also launch smartphones with this new reader. But there’s one that looks like it’s going to resist: Xiaomi.

A leading source of the sector has just announced on Weibo – the Chinese Twitter – that Xiaomi, the Chinese smartphone company better known in markets such as India, is not so willing to adopt the new type of biometric reader, and instead has opted for using the model that Apple has made fashionable: 3D facial recognition.

If this is true, then it is more than certain that the expected Xiaomi Mi 7, the brand’s next flagship, will not mount fingerprint reader under the screen and its own 3D facial technology.

The Face ID of Xiaomi

Apparently, Xiaomi works with several companies including Qualcomm, Himax Technologies and Truly Opt-Electronics, with the aim of starting already the mass production of its own technology, 3D facial recognition for the first quarter of 2019.

Therefore, the Mi 7 will come out as the flagship of Xiaomi by the beginning of next year, it is expected that it does so by mounting its own Face ID and this 3D facial scanner will be implemented a posteriori in other devices of the company – not only mobile, but tablets and perhaps even laptops as well.

The Xiaomi Mi 7 we know that it will have a Snapdragon 845 processor, the last generation of Qualcomm – it is the one that will mount the Galaxy S9 and most of the top ranges of 2018-, and already entering the field more than rumors, the Mi 7 could come with a Dual rear Camera equipped with Artificial Intelligence to help the user to make perfect photos.