Microsoft’s efforts to make its services more open and systems have been high, there are already a number of its tools that have been made public and whose code is now open source. Recently, it announced another of its tools known as PowerShell, which was made open source and available for both Linux and OS X.

The tech giant Microsoft’s efforts to make its services more open and systems have been high. There are already a number of its tools that have been made public and whose code is now open source.

So, taking another step in this direction, the tech giant Microsoft announced that another of its tools that will be in the public domain. PowerShell, which was made open source and there are now versions available for Linux and OS X as well.

PowerShell came with Windows 7 and it was the natural evolution of the origin of Microsoft systems. Its idea was to create a system that would allow users of Windows systems to manage all the services and systems present without it having to resort to graphical user interfaces.

The tech giant Microsoft has given a prominent position in the Windows server versions and now decided to open it to the whole community and want to make it open-source, giving everyone the possibility of the use of any form, applications, and services, and even to improve it.

Here’s what the tech giant Microsoft stated, “Now, users across Windows and Linux, current and new PowerShell users, even application developers can experience the rich interactive scripting language as well as the heterogeneous automation and configuration management that works well with your existing tools. Your PowerShell skills are now even more marketable, and your Windows and Linux teams, who may have had to work separately, can now work together more easily”.

But Microsoft went further and also released two new versions of PowerShell. This means that users will now be able to use it on both Linux and OSX, opening for these platforms all the PowerShell capabilities.

The arrival of the PowerShell system to Linux and OSX shows that the tech giant Microsoft is committed to open its offers for new fields, thus gaining new users.

By making PowerShell open source Microsoft gives also another step to returning to the community several of its tools. Already it had done in the past and probably will continue to do so, with small “offers” that will enhance the creation of new applications and services.

Instagram Will Begin Testing NFTs on Platform This Week 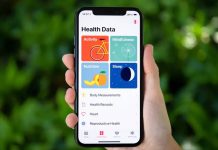