Microsoft announced the ‘Phone Link’ app for Windows 11. The Phone Link app is rebuilt from the formerly known Your Phone app. This newest version of the Phone link will come with the update of Windows 11.

The latest Phone Link arrives with new controls, colors, icons, and illustrations. The company has also made it easier to connect your Android device with a new QR code scan feature.

Unfortunately, This app currently does not support iOS, and the company hasn’t given any future updates regarding iPhone users. Lately, Your Phone app also didn’t have iOS support. 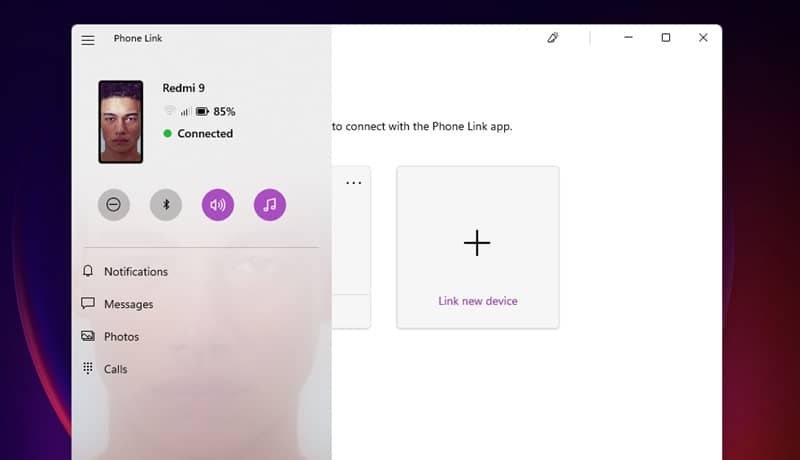 Microsoft finds it an incredible opportunity with the recent release of Windows 11 to also refresh the Your Phone app to Windows 11 theme. The updated controls, color palette, and overall look offer a native app experience on the new Windows 11 OS.

The company has also renamed the mobile companion app from Your Phone Companion to Link to Windows for all Android users. You can download it through Play Store. Microsoft promises compatibility with more Android devices in the future.

The company’s existing partnership with Surface Duo and Samsung provides a more helpful experience on these devices than what’s possible on other Android devices.

Microsoft made it easier to launch the apps you were recently using on your phone and continue using them on the PC. You can also mirror and control the screen of your Samsung or Honor device directly on your PC.

Microsoft also announced an event for April 5, which is expected to showcase more new developments in Phone Link and Windows 11.